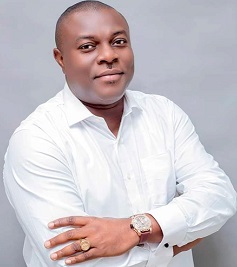 Three persons have been arrested in connection with the disturbances that rocked the National Democratic Congress (NDC) regional elections in the Ashanti Region last Sunday.

The Police confirmed the arrest of the suspects to the Daily Graphic and said their offences ranged from assaulting a police officer, spraying pepper from a device on people at the venue for the regional conference and engaging in a fight resulting in injuries.

The suspects are currently in police custody assisting with investigation while efforts are underway to arrest their accomplices.

There was a near stampede following the firing of gunshots by some macho men allegedly brought from Obuasi when the police arrested one of them.


This was after one heavily built man allegedly slapped a police officer at the entrance to the congress venue.

However the incident did not prevent the elections from going on as the incumbent NDC Ashanti Regional Chairman, Augustus Kwesi Andrews, retained his seat in a fiercely contested regional election.

He polled 637 votes out of the 1,350 valid votes cast to beat his closest contestant, Evans Amankwa, who polled 572 votes.

The former Regional Chairman, Yaw Owusu Obimpeh, who was seeking a comeback, could only manage 137 votes while the fourth candidate, Enoch Amoako-Nsiah, had four votes.

The young and dynamic former army officer, Capt John Kwame Jabari and Sualihu Musah were also elected as vice-chairmen of the party in the region polling 548 and 240 votes respectively.

In all, a total of nine candidates contested for the position of vice-chairmen of the party. Out of the number, the two with the highest number of votes were selected as the winners.

The attempt by the former Deputy Regional Secretary, Matthew Kojo Njourkone, to become the substantive secretary could not materialise as he was beaten by Dr Frank Amoakohene, who polled 749 votes as against 384 by Njourkone and the third candidate, Richard Ofori Agyeman Boadi, former Municipal Chief Executive for Obuasi, had 219 votes.

The Regional Communications Officer, Abass Nurudeen, who faced a stiff competition from Alex Kwaku Asarfo-Agyei, won his position with landslide victory, polling 909 votes as against 443 votes by his opponent.

He had 791 votes as opposed to 489 and 70 votes respectively by the other candidates.