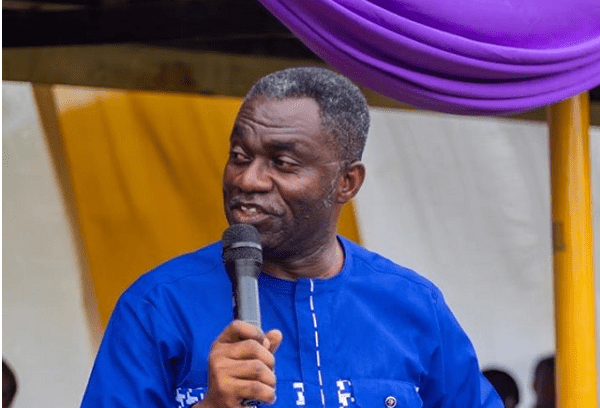 The Parliamentary Select Committee on Education has expressed its commitment to push for the review of the suspended Parent Teacher Association (PTA) dues in all Senior High Schools (SHSs) in the country.

The Chairman of the committee, Mr William Agyapong Quaittoo, who articulated the resolve of the committee, told the media that the decision followed complaints by various heads of SHSs that all ongoing PTA projects had been halted after the suspension of the collection of PTA dues during the committee's monitoring visit to some selected SHSs in the Bono, Bono East and Ahafo regions.

He said the committee observed that the suspension of PTA dues had affected various schools to the extent that at the basic level, PTAs were no longer functioning, leaving all PTA projects at a standstill.

The select committee chairman gave the assurance that within the next few months, the challenge would be resolved.

The visit was to enable members of the committee to obtain first-hand information about the increase in SHS enrolment, especially girls’ enrolment since the introduction of the Free SHS policy, the successes and challenges about the implementation of the double track system, the provision of school infrastructure, text books and meals, as well as teacher/students ratio.

The members of the committee also inspected some ongoing and abandoned projects and interacted with some of the contractors to understand their challenges.

The various heads of institutions were given the opportunity to give a background information of their schools, successes, achievements and challenges among others.

In all the schools visited, the heads mentioned lack of infrastructure such as dormitories, classroom blocks, staff accommodation, dining halls, lack of non-teaching staff, abandoned projects and inadequate security as some of the challenges confronting their schools.

The Ghana Education Service (GES) suspended the collection of PTA dues to enable it to review all such levies in second cycle schools and in line of the government’s objective in removing cost as a barrier to second cycle education.

Mr Quaittoo explained that the GES cancelled the PTA dues because some of the institutions were abusing the funds, while others used them as a tool to suspend students whose parents had not paid their dues and withheld their results.

“The GES took the decision because PTAs are associations and by the laws of our country, it is not compulsory for everybody to belong to an association and therefore, PTAs should operate outside the schools, have their own meetings and take their own decisions which should not be binding on schools,” he stated.

“I think that very soon, the GES will sit down again because as a committee, we have received petitions from the National Council for Parent Teacher Associations (NCPTA) in respect of the issue.”

Mr Quaittoo pledged on behalf of the education committee to resolve the problem within the next few months based on the various petitions received from the NCPTA and the committee's observations.

He emphasised the need for the review of the decision since PTAs were seen as key stakeholders in the educational structure, adding that there was the need for PTAs to devise new methods in collecting dues to finance projects in their various schools.

At the Notre Dame Girls SHS at Fiapre near Sunyani, the committee inspected a PTA clinic project which has come to a standstill.

Mr Quiattoo commended the school for its high academic and discipline standards and called for measures to increase the current 1,200 student population to offer opportunity for more girls to benefit from such quality education.