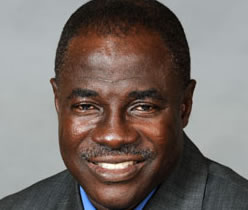 The Minister of Environment, Science and Technology and Innovation, Dr Joe Oteng- Adjei, has called on well-meaning individuals and institutions to complement the government’s efforts at ensuring that citizens have access to adequate and safe food.

He said this could be done by using sustainable land management techniques and adopting an efficient consumption pattern which encouraged re-using and recycling as everyone waited for the government to provide good roads and storage facilities for agricultural produce.

He was speaking at a ceremony to commemorate World Environment Day on the local theme: “Think, Eat and Save the Environment” in Accra.

He said the theme for the celebration placed great emphasis on the loss of food in the later stages of the food chain ranging from kitchen scraps to the unconsumed prepared food.

Reiterating the government’s contribution to ensuring adequate access to food, Dr Oteng- Adjei said a lot of processing industries had been revamped to add value to agricultural produce while ensuring safe preservation of perishable produce.

“The Ghana Oil Palm Development Company and the Pwalugu Tomato Processing Factory, among others, are examples of food processing facilities being revamped to add value and preserve food,” he said.

He was, however, quick to add that the numerous efforts by the government had not come without challenges, notable among which were the threat posed by “galamsey operatives” and bad agricultural practices which traded off the health of the ecosystem.

He also charged all to bear in mind that any time food was lost or wasted, “not only do we lose the moral opportunity to feed the increasing number of malnourished people in the country and beyond, but we also waste all the energy used in production.”

The Executive Director of the Environmental Protection Agency (EPA), Mr Daniel Amlalo, said in his address that the World Environmental Day was celebrated on June 5, all over the world.

He said it was established by the United Nations (UN) General Assembly in 1972 to focus worldwide attention on the importance of the environment to life and to draw attention to the need for action.

“In Ghana, the celebration is aimed at creating awareness on protecting environmental resources and the promotion of good and sustainable practices,” he said.

Mr Amlalo said: “Think, Eat, Save” was an anti-food waste and food loss campaign aimed at encouraging Ghanaians to reduce the food that was not consumed and wasted.

A message read on behalf of the United Nations Secretary-General, Mr Ban Ki- moon, by the UNDP Country Director, Mr Kamil Kamaluddeen, said one way to narrow the hunger gap and improve the well-being of the most vulnerable was to address the massive loss and waste inherent in today’s food systems.

“I urge all actors in the global food chain to take responsibility for environmentally sustainable and socially equitable food systems,” he said.

He said by reducing food waste, money and resources could be saved, minimise environmental impacts and most importantly, move towards a world where everyone had enough to eat.

World Environment Day was declared by the United Nations General Assembly at the Stockholm Conference 47 years ago. The declaration was necessitated by the recognition of the impact of human activities on the environment, and is aimed at raising global awareness on the urgent need to take positive environmental actions that provide the current human needs while caring for the future needs of planet earth.