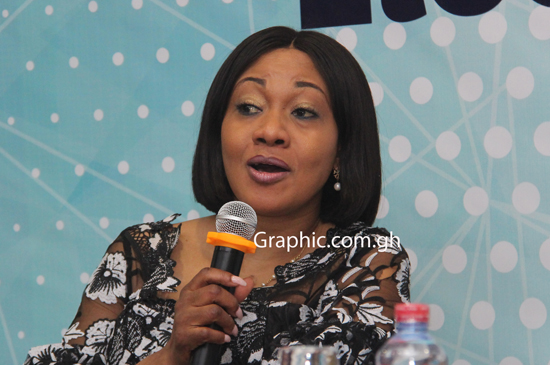 The Electoral Commission (EC) has set up two vetting teams to scrutinize the nomination forms of all the presidential aspirants in the 2020 election.

They are the Technical and IT teams, which would be scrutinizing the forms to ensure that the aspirants meet the qualifications as set out in the law such as being over 40 years old and having satisfied all tax obligations among others.

The IT team for instance will check and verify whether candidates and supporters are indeed registered voters.

The teams are to operate within the confines of the law and not to exercise discretion.

The Chairperson of the EC, Mrs Jean Mensa made this known when she received the nomination forms of some aspirants on Tuesday and added that the teams have been tasked to be fair.

“As part of our efforts to ensure a transparent and fair and yet accountable process, the Commission has developed a criterion that enables candidates to be vetted along with benchmarks set up by law," she said.

"The template is also aimed at guiding our team which will be awarding marks after scrutinizing and reviewing each of the forms. It is important to know that the Commission has set up two teams,” she said.

Other government appointees were also at the EC to support President Akufo-Addo.

That of the National Democratic Congress (NDC) flagbearer, former President John Dramani Mahama is expected to be filed on Wednesday, October 7, 2020.

The General Secretary of the NDC, Mr Johnson Asiedu Nketia is expected to do that on behalf of Mr Mahama who is currently on the field campaigning.

ADDRESS DELIVERED BY THE CHAIRPERSON OF THE
ELECTORAL COMMISSION,
MRS JEAN MENSA
ON
TUESDAY 6TH OCTOBER, 2020
ON THE RECEIPT OF NOMINATION FORMS FROM PRESIDENTIAL CANDIDATES FOR THE 2020 PRESIDENTIAL AND PARLIAMENTARY ELECTIONS

Good Morning Presidential and Vice Presidential Candidates, Fellow Commissioners, Directors, Ladies and Gentlemen and our Friends from the Media.
This is the day the Lord has made, we rejoice and we are glad in it. We thank the good Lord for His mercies.

On behalf of the Electoral Commission of Ghana, I warmly welcome you to the Commission this morning

This morning we are gathered here to kick start one of the most important activities in the lead up to the December 2020 Presidential and Parliamentary Elections. Indeed without this activity, the Commission cannot run the Elections.

As part of the Commission’s efforts to ensure a transparent, credible, fair and yet accountable process, the Commission has developed a detailed Checklist that embodies the criteria to be satisfied by the Presidential Candidates as prescribed by law. The template will guide the scoring and awarding of marks by Teams established by the Commission to scrutinise and review each of the Nomination Forms submitted.

I welcome you all warmly to the Electoral Commission of Ghana once again and thank you for coming personally to submit your Nomination Forms.

As Returning Officer of the 2020 Presidential and Parliamentary Elections, I will now receive your Forms which will be subjected to vetting and scrutiny by our Teams.

Thank you very much.
May God bless our Homeland Ghana and make our Nation great and strong.