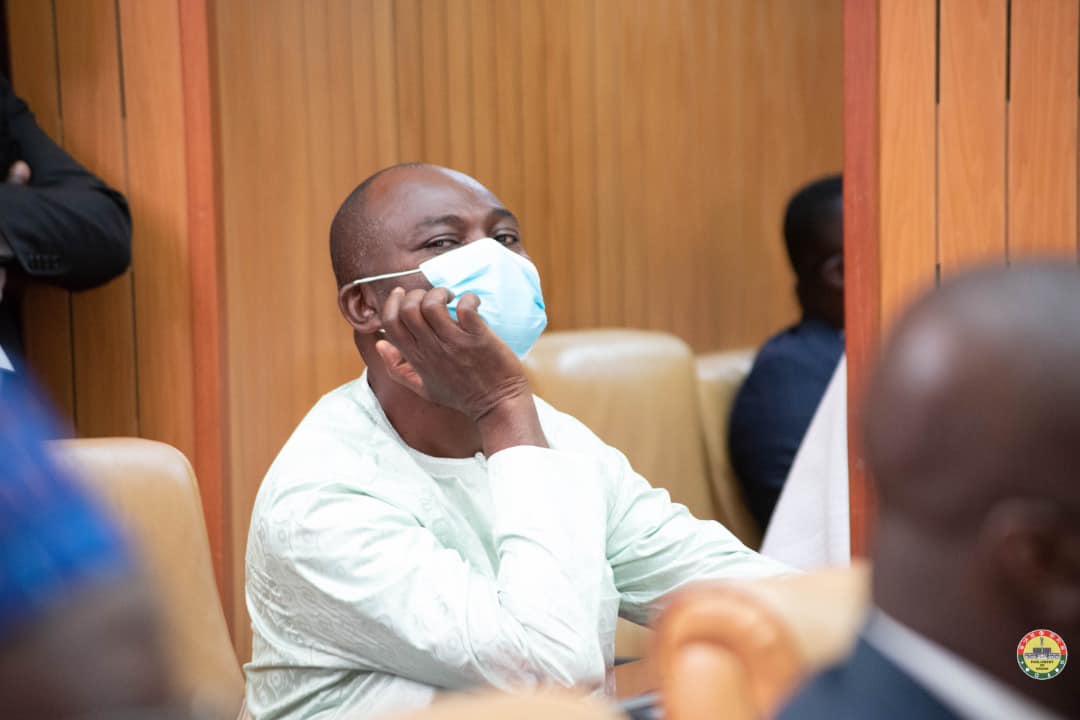 According to him, it was for that reason that they [NDC] acted the way they did on the floor of Parliament Thursday dawn.

According to him, he received “intelligence” and the “game plan” long ago that the NDC Members of Parliament-Elect were going to act in that manner.

The motive, he said was to deliberately delay the process, drag it and eventually affect the swearing-in and inauguration of President Akufo-Addo for his second term, which was witnessed by a number of foreign dignitaries and heads of different states who were in Ghana for the occasion.

He said that is why the New Patriotic Party (NPP) Members of Parliament-Elect, decided not to reciprocate in equal measure on the floor of Parliament to drag the process.

Why was Ken quiet?

"I didn't want to destroy Akufo-Addo's swearing-in that is why I sat down quietly and observed the NDC members," Mr Agyapong said in a radio interview on Accra based Oman FM Friday morning [Jan 8, 2021], monitored by Graphic Online.

He said some NPP members have an unforgivable attitude and so in a way, what happened was a “punishment” for the party.

Mr Agyapong has been celebrated on social media for not participating in the chaotic incidents that characterized the election of the Speaker of Parliament Thursday dawn after a picture showing him sitting down quietly supporting his chin with his arms whilst the incidents unfolded on the floor was published on social media.

Reacting in the radio interview on Oman FM Friday morning, Mr Agyapong said: “I wasn’t the one to go and destroy Akufo-Addo’s swearing-in.”

“We [NPP] could have fought,” but it would have dragged and affected the swearing-in of MPs-Elect and eventually the President and his Vice-President's swearing-in, that is why we from the NPP side decided to be quiet to let the NDC members have their way," he said.

He said he was seen not participating in the chaotic scenes because his mantra was for peace that is why anytime he is seen talking with emotions, it always has to do with “fighting for peace, when somebody has been cheated, when I’m fighting for the vulnerable."

So why would I go and start something that will “destroy the peace we have.” That is why I was seen sitting down quietly, Mr Agyapong added.

“I always stand for peace and truth” and so looking at the youthful exuberance from the NPP side, “they were waiting for a command, to also retaliate, but what would have happened to President Akufo-Addo? That is why I kept quiet."

He said the back benchers and some senior members of the NPP were telling him to “whip” the NPP members in-line but he decided to be quiet and refrain from being accused of creating scenes knowing that he is now 60-years-old.

“I cannot be doing people's dirty work for them like that,” he said repeatedly amidst laughter from a niece who was standing close to him in the radio telephone interview.

The laughter was loudly heard in the radio interview to the extent that, the host and interviewer, Yaw Amofa Boakye had to ask about it and Mr Agyapong explained that it was his niece who was happy he was quiet on the floor Thursday dawn.

However, Mr Agyapong said he was happy about the outcome of the election of the Speaker of Parliament because NPP supporters also decided to vote “skirt and blouse” for which reason the NDC won some seats and was able to have that numerical strength in Parliament.

He said if NPP members were to continue on that route, the party would go into opposition in 2024 and made reference to an Alan Kyerematen and Bawumia campaign for presidency which has started among some party members and supporters even before President Akufo-Addo was sworn-in for his second term.

“I don’t care who becomes leader after Nana but let’s do things properly and make sure we have a formidable front to confront NDC members because our mistakes have given them [NDC] some power, high morale and confidence that they are going to win, looking at their deficit from 2016 and gains in 2020.”

He therefore appealed to party members and supporters to use the example as a reflection and change from their ways, adding that, the revelation is a sign for the NPP to change to be able to win 2024, “if we all come together, realise our mistakes and put things behind us… and follow with unity.”

He said party members need to relax for the next two years and see what will happen since “leaders emerge”.

He added that if anybody was going to be able to win 2024, it will depend on Akufo-Addo’s performance.

Mr Agyapong appealed to President Akufo-Addo to refrain from his “gentle” posture and sack about 98 percent of Metropolitan, Municipal and District Chief Executives (MMDCEs), for dis-appointing and letting the President down.

He said even though President Akufo-Addo has urged calm and appealed to party leaders not to do a post-mortem of Election 2020 publicly, he [Ken] was sorry for flouting that directive since he was convinced that about 98 percent of MMDCEs ought to be sacked.

He said he will get closer to the Minister of Local Government and Rural Development and feed the Minister with information on who to retain and insisted just about two percent ought to be retained including his [Ken’s MCE], who he said he will recommend for retention.

The rest are bogus and worked against the progress of the NPP with the development of cracks in the party, the vociferous Ken Agyapong said.

After the chaotic scenes, the MPs-Elect reached a compromise and the nominee from the NDC side, Mr Alban Sumana Kingsford Bagbin was elected as Speaker.

They went ahead to elect the two Deputy Speakers of Parliament on consensus.

Since there were no other nominations for the two positions, the House went ahead to elect them on consensus.

The Speaker suspended the sitting for a brief period after which members re-assembled at the make-shift dome at the precincts of Parliament House for the swearing-in of President Akufo-Addo and his Vice President, Dr Mahamudu Bawumia.

The NDC MPs did not attend the swearing-in session of the President and his Vice.