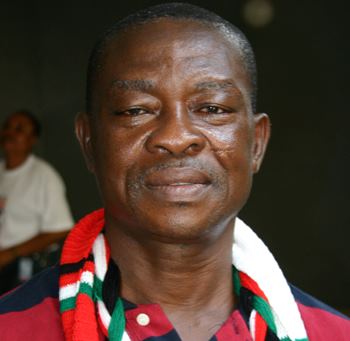 A Former National Organiser of the opposition National Democratic Congress (NDC), Mr Yaw Boateng Gyan, has cautioned the leadership of the party about the ruling New Patriotic Party (NPP) ahead of the 2024 general election.

Speaking on a Sunyani based radio station, Power FM, Mr Gyan, one of the leading members of the NDC, cautioned the party to be on the alert and face the NPP with compelling ideas that would resonate with Ghanaians so that they could vote the party back to power.

The NDC lost the 2020 presidential election to Nana Addo Dankwa Akufo-Addo who is serving a second term after beating former president John Mahama by a little over 500,000 votes in December last year.

After three months of litigation, the Supreme Court upheld the victory of Akufo-Addo and the NPP.

The NDC holds the view that the election was rigged to favour the NPP but the governing party insists it won fairly, and thus is calling for an all hands on deck approach to retain power beyond 2024.

NPP has coined the phrase ‘Breaking the 8’ or Break the 8′ to rally support from all party members to help them retain victory in 2024.

But Mr Gyan argues that ‘Break the 8′ can break the NDC in the sense that the NPP is planning to use every means necessary to retain power despite the hardships that the government has inflicted on the masses, leading to a series of agitations in the country.

“I have heard these people [the NPP] talk about ‘break the 8’ campaign aimed at us,” he said. “These people are dangerous and whatever they say they will do, they are able to do it.”

He said if the NDC did not review their election strategy, the NPP could triumph over them.

“They are not saying they will break the 8 for saying sake,” Boateng Gyan insisted.

Vice-President Mahamudu Bawumia recently told members of the NPP that they could break the eight-year cycle when all party supporters worked hard.

Speaking at a TESCON meeting in Cape Coast on Saturday, August 7, 2021, Dr Bawumia said: “I am very sure all of us gathered here are not dreaming that the ‘Break the 8’ mantra will end as one of the platitudes in politics”.

“It rather calls for a united party that rises above pettiness, rancour, selfishness and any other associated intra-party vices”, he said, while anticipating a massive win for the party, eight months after winning the polls.

“Breaking the 8 is a political pursuit that requires us to gird our loins together, build a strong party and deliver competently on our mandate”.

“The President and I are committed to breaking the eight and I implore you, cherished patriots to commit to same,” he added.