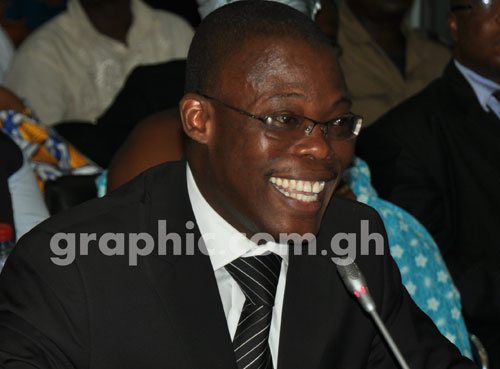 The Minister of  Financial and Allied Institutions at the Presidency, Fiifi Kwetey, has blamed the labour agitations the government is faced with on the partisan label Ghanaians attach to matters of national interest.

According to him, there were individual citizens who were content with pointing accusing fingers at the party in power while they carefully orchestrated grounds for inequality on the labour front.

In an interview on the  Citi Breakfast Show, Mr Kwetey said Ghanaians should be more committed to assisting the government rather than agitating every time.

“All these are simply because of the partisan politics….and Ghana is now bleeding for it.

“That is why today there is a determination on the part of government that says after 20 years of this, enough is enough.

“We are destroying our country and the people of Ghana need to support government to hold that position, especially the unemployed people in Ghana, who complain of massive youth unemployment,” he stated.

Mr  Kwetey further stated: “We simply aren’t having enough units to invest in critical infrastructure, enough to invest in skills and transformation in order to get jobs for our young people but what is happening? Five hundred thousand  people within the public sector are constantly asking for more.”

He also added that the payment of ex gratia to Parliamentarians should not be included in the debate of payment discrepancies in the public sector.

Mr Kwetey further said,  “If Ghanaians say we should change the Constitution and remove ex gratia premium, let’s go ahead and do it but to seek to say this is why, it is not true.”

“We can’t continue this way. Even though I may be unpopular, I want to make sure the right thing is done, otherwise we are destroying the nation,” he added.