Becoming President is a calling from God - John Mahama 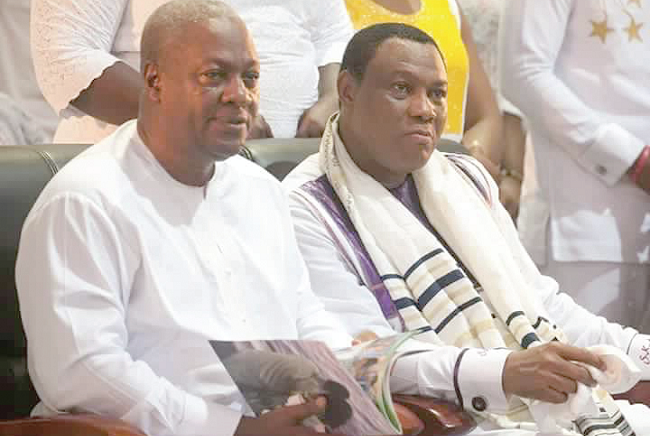 Becoming the President of Ghana is in response to a calling from the Almighty God, President John Dramani Mahama has disclosed.

He said it was at a point in his political career when he planned to take a break from politics that he was made the running mate to Prof. John Atta Mills, and that showed that God had other plans for his life.

President Mahama, therefore, urged Ghanaians to continue to pray for the nation, adding that the Almighty God would surely decide the next path for Ghana.

The President said this when he addressed the closing session of this year’s Convention of Saints at the Royal House Chapel International (RCI) in Accra last Sunday night.

Convention of Saints is an annual event on the church’s calender which aims at bringing together saints from across the globe for revival, prayer and worship with relevant prophetic word that addresses the socio-economic, political and spiritual climate of the season to touch generations with the power of God. 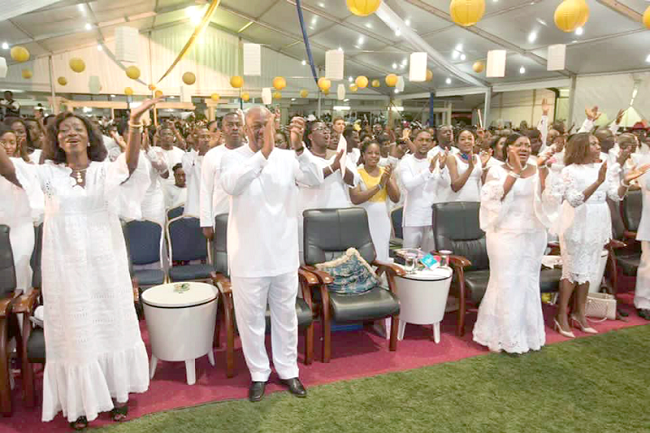 According to President Mahama, “Politicians will do their part but God has already chosen whoever he desires to be the next President of this country.”

He, therefore, enjoined Ghanaians to pray for peace and ask for God’s guidance and direction as the nation prepared for the 2016  election.

Reiterating his commitment to ensure the peaceful conduct of the 2016 election, President Mahama said as the Commander-in-Chief of the Ghana Armed Forces, he owed it a duty to ensure that there was no violence before, during and after the upcoming general election.

He said Ghana was on record as having conducted six successful elections and the seventh one slated for December 7, this year, would not be different as all Ghanaians were committed to maintaining the peace that prevailed in the country.

He noted that Ghana was a country held in high esteem by the international community and it was the responsibility of every Ghanaian to love the country, because it is the only country we have.