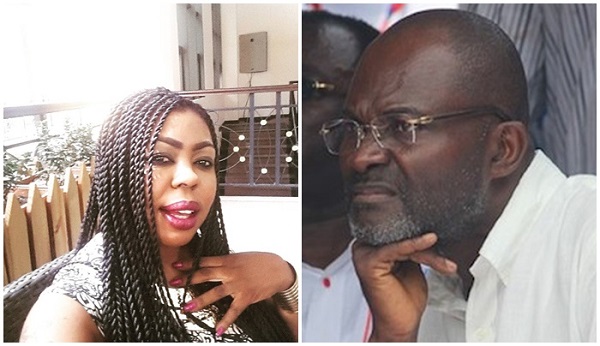 According to Mr Agyapong, who has vowed to expose alleged corrupt deals of Anas, he has in his possession transcripts of Facebook chats between Anas and Afia Schwarzenegger to that effect.

"...If Anas will pay Afia Schwarzenegger to insult me and I have the Facebook conversations between them, I have it," Mr Agyapong said in an interview with Accra-based Joy FM.

When quizzed about the authenticity of the Facebook chats given that Anas in the past has complained about persons impersonating him on social media, he said such justifications make the investigative journalist appear as though he is the smartest person on earth.

"You know, he gave his numbers to Afia Schwarzenegger... I know what time it is, you make him seem like he's the smartest person on earth but he's not. So how I got that information you will see.

"When I am responding you will say that I have to tone down. Look at the insults Afia Schwarzenegger has rained on me but everybody is preventing me not to speak because I can go down and down with this girl".

Afia Schwarzenegger has in the past traded insults with Mr Agyapong on several television and radio programmes.

Meanwhile, the Assin Central MP is expected to face fresh allegations of contempt of parliament today for allegedly referring to the house as useless.