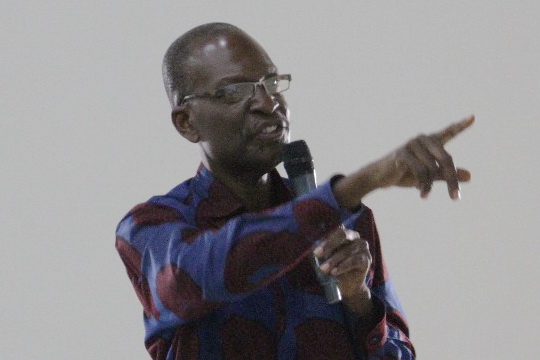 A bi-partisan approach by Parliament in the processes for the amendment of Article 55 (3) of the 1992 Constitution to enable the partisan election of Metropolitan, Municipal and District Chief Executives (MMDCEs) has been advocated by the Dean of the University of Ghana School of Law, Professor Kofi Quashigah.

Article 55 (3) prohibits the participation of parties in district assemblies or lower local government units although the same article encourages political parties to shape the political will of the people.

It is also an entrenched provision, with the processes of changing it, including a referendum with, at least, 40 per cent of registered voters turning out to vote and 75 per cent endorsing the measure, in accordance with Article 290 (4).

Prof Quashigah proposed the bi-partisan approach at a retreat on multi-party local governance in Ghana, at Big Ada last weekend.

It was organised by the Institute of Democratic Governance (IDEG) for some ministers, Members of Parliament (MPS) and executives of the New Patriotic Party (NPP) across the country.

It had the newly designated Minister of Gender, Children and Social Protection (MoGCSP) and  the MP for Agona West, Mrs Cynthia Morrison; the Deputy Minister for Regional Reorganisation and Development, Mr Martin Korsah; the National Organiser of the NPP and the Board Chairman of the National Youth Employment Agency (NYEA), Mr Sammy Awuku and the Communication Director of the NPP and MP for Adenta, Mr Yaw Buabeng Asamoah all attending.

Speaking on the theme, Amending Article 55 and other articles on local governance (1992 Constitution), Prof Quashigah said a bi-partisan approach would ensure the elimination of suits at the Supreme Court for an interpretation of Article 290 of the 1992 Constitution that detailed the processes of amending entrenched clauses but which was vague on the role by Parliamentarians in the amendment processes.

According to him, the role of Parliament was not explicit in the article on entrenched provisions, as reading the article, the role could be reduced to simply the first reading, which was the reading aloud of the long title of the bill by the clerk of the House.

In the processes for normal bills, after the first reading, the bill would have been referred to the appropriate committee of the House for a detailed examination and the necessary input, he said.

“A better understanding by all the Members of Parliament (MPs) on what they see their common role to be in this exercise of amending an entrenched provision to enable Ghanaians elect their local authorities would be the best option,” he said.

That was because a suit for an interpretation would delay the time table set for the process.

He said consensus building among parliamentarians was needed.

The Deputy Minister of Local Government and Rural Development, Mr O. B. Amoah, however, said he did not foresee any challenges with that.

Referring to the case in which a lawyer, Mr Ansah Asare, sought an interpretation of whether the Constitutional Review Implementation Committee (CRIC) could institute amendment bills in the House, he said the Supreme Court had not disturbed the Constitutional provision on the amendment of entrenched clauses, thus, the status quo remained.

The Executive Director of IDEG, Dr Emmanuel Akwetey, also shared with participants the need for a bi-partisan approach in the amendment to the entrenched article to make the election of MMDCEs possible.

He outlined several positive results that would accrue to include enhanced democratic stability, peace and justice, growth and the equitable distribution of wealth nation-wide and a firm rule of law, accountability and justice at all levels of the country.