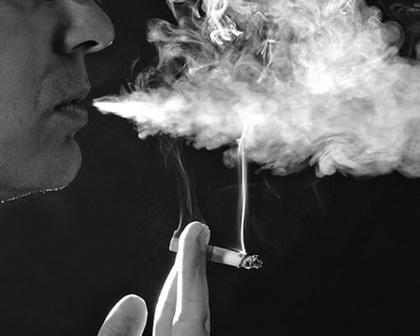 Women who are light smokers - including those who smoke just one cigarette a day - double their chance of sudden death, a large study suggests.

The research tracked the health of 101,000 US nurses over three decades.

Light-to-moderate smokers were twice as likely to die of sudden heart problems than those who had never smoked.

But those who quit smoking saw their risk begin to go back down within years, a journal of the American Heart Association reports.

During the study, there were 315 sudden cardiac deaths - where the heart unexpectedly stops working.

In people aged 35 or younger, this is usually because of a heart condition that runs in the family.

But in people who are older than this - as most of the nurses in the study were - it can be the first sign of coronary heart disease, where the heart's arteries become blocked by fatty deposits.

Of the 315 sudden deaths in the study, 75 were among current smokers, 148 were among recent or past smokers and 128 occurred in people who had never smoked.

After taking into account other heart risk factors, such as high blood pressure, high cholesterol and family history of heart disease, Dr Roopinder Sandhu and colleagues found the women who smoked were twice as likely to die suddenly even if they smoked "light-to-moderate" amounts - between one and 14 cigarettes a day.

For every five years of continued smoking, the risk went up by 8%.

But women who quit saw their risk fall to that of someone who had never smoked, after 20 years of cessation.

Dr Sandhu, of the the University of Alberta, Canada, said: "What this study really tells women is how important it is to stop smoking. The benefits in terms of sudden cardiac death reduction are there for all women, not just those with established heart disease.

"It can be difficult to quit. It needs to be a long-term goal. It's not always easily achievable and it may take more than one attempt."

Ellen Mason, senior cardiac nurse at the British Heart Foundation, said: "This study shows that smoking just a couple of cigarettes a day could still seriously affect your future health.

"As we approach the new year, many of us will be making resolutions and giving up smoking will be top of the list for lots of people.

"If you're thinking of quitting and need a nudge, this research adds to the wealth of evidence that stopping smoking is the single best thing you can do for your heart health."

A recent study in the Lancet of 1.2 million women found those who gave up smoking by the age of 30 would almost completely avoid the risks of dying early from tobacco-related diseases. - BBC