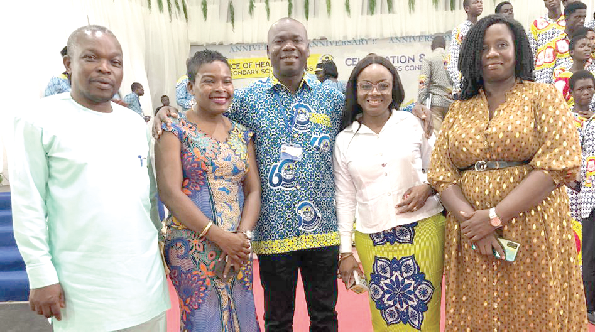 The National Blood Service (NBS), in collaboration with Kwaaba Foundation has launched an inter-school blood donation campaign strategy aimed at encouraging a friendly competition among second-cycle schools in Ghana.

The campaign was launched alongside the 60th anniversary of the Conference of Heads of Assisted Secondary Schools (CHASS) recently held in Koforidua in the Eastern Region.

Under the tag line ‘Let your Blood Count!’, the campaign, when effectively coordinated, will deepen patriotism among the student body and also encourage more support from past students as the efforts from the winning schools to save lives will elicit some goodwill from past students associations.

At the launch, the acting Chief Executive Officer of the National Blood Service, Dr Shirley Owusu-Ofori, acknowledged that second-cycle schools in Ghana were an essential group of blood donors, hence utilising the blood donation competition opportunity would help the blood service in its drive for voluntary blood collection and sustainability.

Dr Owusu-Ofori noted that when the inter-school competition became fully operationalised, Ghana would be the first country in the ECOWAS sub-region to implement such a programme.


According to her, the programme, among other initiatives, had become necessary because the country was in dire need of blood since we had never met our blood requirement, which was ideally one per cent of the population – that is 300,000 units.

Every day, children and mothers in childbirth die as a result of acute blood loss. Cancer patients, accident victims, sickle cell, leukaemia and other patients need blood transfusion to survive. Certainly, no one should die due to lack of blood because most of these deaths are avoidable.

The Brand Ambassador for voluntary blood donation and Founder of the Kwaaba Foundation, Maame Kwaaba Stephens, pledged her continuous support to ensure improved sustainability of the strategy.

“Blood indeed cures numerous other sicknesses. By giving others the gift of life, our impact will go beyond that patient - touching their families, loved ones and society,” Maame Kwaaba said.