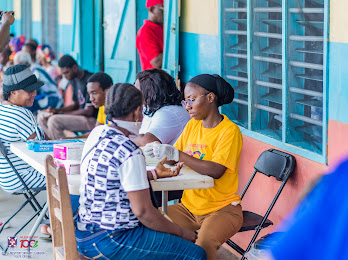 The Ga Presbytery of the Presbyterian Church of Ghana, has organised a health screening exercise at Teshie for its members as well as the general public.

The exercise formed part of activities to commemorate its ongoing Centenary celebration.

Held at the Teshie Salem park, the medical team led by Dr. Charles Fordjuor Agyemang, the screened beneficiaries for various health conditions, including their body mass index to advise on their healthy weight, blood pressure, diabetes, malaria, eye screening as well as vaccination for COVID-19. There was also a deworming exercise for particularly, children.

As early as 7am, people began showing up for the exercise and all through the day, the medical staff were kept busy.

Among the people who participated in the screening exercise were the Ga Presbytery Clerk, Rev Isaac Quist and the Teshie District Minister, Rev George Tsarkle as well as members of the 100th anniversary planning committee.


As part of the screening, the medical team also interspersed the programme with health talks, advising the general public on the need to have routine checks for breast cancer and cervical cancer on the part of the females, and prostate cancer for males.

Dr Agyemang said it was important for the people to undergo the checks and screening as these cancers were steadily becoming the number one killer diseases in the country. 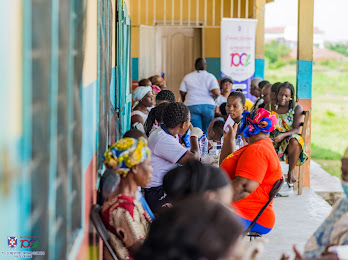 Activities held so far to mark the celebration include, a Heritage Trail where the youth were taken on a historical and cultural tour of some heritage sites of the PCG at the Osu Castle, Abokobi, Seseme and Akropong.

Others have been a Public Lecture on the Basel Mission in Ghana, a youth Rally and Music festival, a Hymn and music festival, a Quiz competition, Fun games and picnic at the Elwak stadium, hosted respectively at the vaious districts that make up the presbytery.

The climax of the celebration will be a mammoth Anniversary Thanksgiving service, to be held at the Black Star Square, on Sunday, December 18, 2022, with the Moderator of the General Assembly of the PCG, Rt. Rev. Prof. Joseph Obiri Yaw Mante delivering the sermon and President Nana Addo Dankwa Akufo-Addo in attendance as Guest of Honour.

All congregations in the Ga Presbytery are expected to be represented at climax thanksgiving service, to worship, sing and praise God for 100 years of His goodness and grace.