Woyome says no lawyer wants to represent him in court 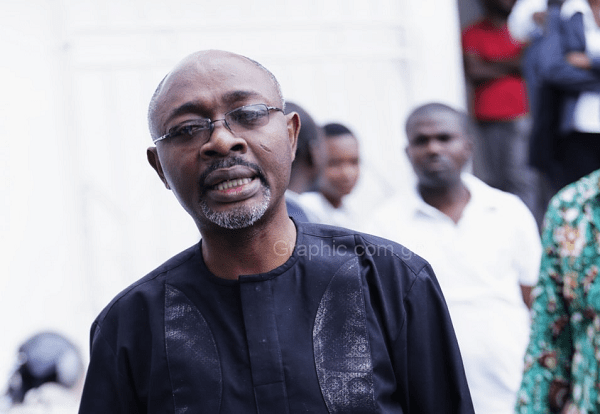 Businessman Alfred Agbesi Woyome Tuesday morning represented himself at the Supreme Court to argue his case against the auctioning of his properties meant to offset the GH¢46 million he owes the state.

Clad in a white outfit, the businessman man stood before a five-member panel, presided over by the Chief Justice, Justice Kwasi Anin Yeboah, to make his submissions, Graphic Online’s Emmanuel Ebo Hawkson who was in the courtroom reports.

When asked by the Chief Justice why he (Woyome) was not represented by a lawyer, Woyome answered that he had difficulties in engaging the services of a lawyer because “they all felt humiliated in the case.”

Making his case, Graphic Online’s Ebo Hawkson reported that Woyome said the application was in response to the order for his properties which include two houses to be auctioned.

According to him, he had impressed on the state not to sell the properties but rather to take over a land owned by him which was worth in excess of $15million.

He said all efforts to have that done had proved futile because the Attorney-General (A-G) had refused to talk to him.

I receive financial support from churches, mosques, others to survive – Woyome

Views from the bench

At that point, Graphic Online's Hawkson reported that one of the panel members, Justice Gertrude Torkornoo told Mr Woyome that he did not need the A-G’s involvement to sell the land.

Another member, Justice Paul Baffoe-Bonnie also told the businessman the state does not need the land but rather the money.

He also reminded Mr Woyome he (Woyome) had had many opportunities to settle his debt to the state and it was not now that the properties had already been auctioned that he would come and say that he had a land that could pay the debt.

Justice Nene Amegatcher also told Mr Woyome that his application was not supported by any rules or procedure of the court.

Subsequently the court dismissed the application as unmeritorious and an abuse of the court process, Graphic Online's Ebo Hawkson reported.

The Supreme Court, on July 29, 2014, ordered Mr Woyome to refund GH¢51.2 million to the state on grounds that he got the money out of unconstitutional and invalid contracts between the state and Waterville Holdings Limited in 2006 for the construction of stadia for CAN 2008.

It was the view of the court that the contracts upon which Mr Woyome made and received the claim were in contravention of Article 181 (5) of the 1992 Constitution of Ghana, which required such contracts to be laid before and approved by Parliament.

The case leading to the Supreme Court decision was initiated by Mr Martin Amidu, the current Special Prosecutor, in his capacity as a citizen of Ghana.

On March 1, 2016, Mr Woyome prayed the court to give him three years to pay back the money but the court declined to grant his wish.

That did not materialise, after the businessman initiated a litany of legal cases at the Supreme Court challenging the decision for him to pay the money or efforts to execute the judgment, which were all dismissed.

In August 2017, the ICC threw out his case on the basis that he had failed to properly invoke its jurisdiction.

His case at the African Court of Justice was also dismissed in June this year.
Sale of properties

The state, in its attempt to take over the businessman’s properties, faced certain obstacles, which included a claim by the defunct UT Bank that some of the properties belonged to the bank.

On June 27, 2019, the Supreme Court ruled that the properties were, indeed, for Woyome and ordered their sale to defray the debt he owed the state.

The assets to be sold include two mansions at Trassaco Estate, a house at Kpehe, an office complex of Anator Holdings, a residential building at Abelemkpe and a stone quarry, including its plants and equipment.

The court, with Justice Benin as the sole judge, had held that the properties belonged to Mr Woyome and that the claim by UT Bank that the businessman had sold the two houses at Trassaco Estate to it was a sham.