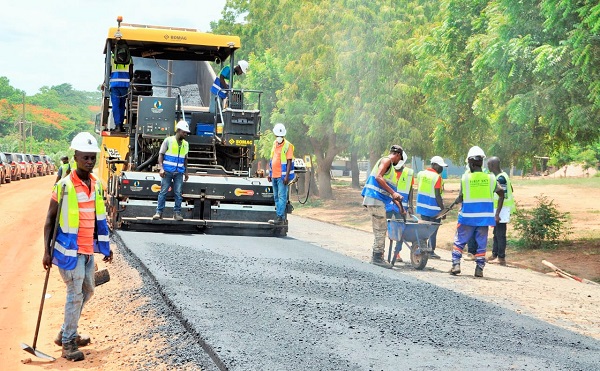 The upgrading of the 39.3-kilometre Asikuma Junction-Have portion of the Eastern Corridor road has reached 32 per cent completion stage.

The project is scheduled to be completed in September 2023.

The GH¢235.5 million Government of Ghana (GOG) project, which was awarded on September 27, 2021, is being carried out by First Sky Limited, a Ghanian company, with the Ghana Highway Authority (GHA) as the supervising agency.

It involves the recycling and asphalting of the road, construction of drains, pipe covers, sub-base construction and work on other features.

The Chief Executive Officer (CEO) of the company, Oliver Acquah, made these known when the Deputy Minister of Roads and Highways, Stephen Pambin Jalula, and officials of the GHA inspected the project last Friday, and expressed optimism that work would be completed on schedule.

The contractor has installed an asphalt production plant with a capacity of 120 tonnes per day at the project site camp at Peki-Adzokoe for the work. 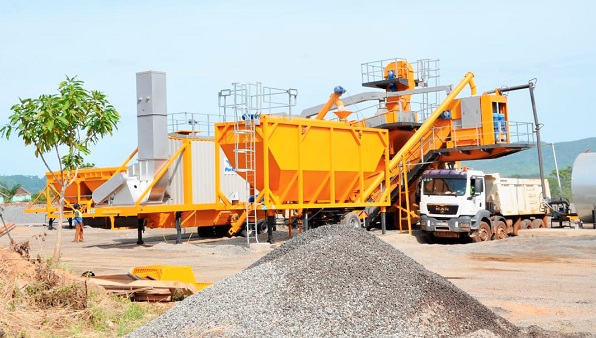 The Asikuma Junction-Have road forms part of the National Route 2 under the GHA classifications.

The Eastern Corridor road provides a shorter access to the Tema Harbour from the land-locked countries of Burkina Faso, Mali and Niger, and quicker integration among the Upper East, Northern and Volta regions.

The Asikuma Junction-Have road — which is expected to receive asphalt concrete surfacing with a revised pavement thickness of 675 millilitres — lies in the South Dayi District of the Volta Region.

Communities living along the corridor are predominantly farmers engaged in the production of staples.

Trading, logging and lumbering are the other major economic activities along the Asikuma Junction-Have road.

The stretch also serves as a major route for the transportation of yams and maize from northern Ghana to the southern belt.

Mr Acquah said First Sky Limited was yet to raise an Interim Payment Certificate for work done so far.

For his part, Mr Jalula described the quality of work executed, so far, as highly impressive. 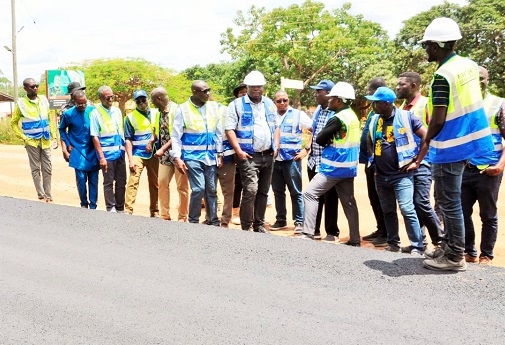 Stephen Pambin Jalula (middle, in helmet) and some officials of the GHA inspecting a portion of the road at Peki-Adzokoe

“This bears ample testimony to the fact that there are local contractors who are capable of doing quality and high standard work on our roads,” he added.