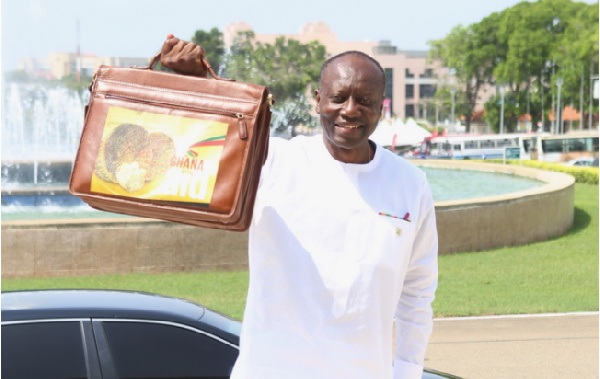 The Minister of Finance, Mr Ken Ofori-Atta, has assured that the government remained focused on driving the economy out of the current economic challenges.

He said the government has a track record of navigating its way around the challenges and thus called on the citizens to have faith for a quicker return to stability.

The minister said the government was prioritising fiscal discipline, which involved sticking to agreed targets, cutting expenditures when revenues are underperforming and ensuring prudent spending to get value for money.

Presenting his sixth in the row mid year budget review to Parliament Monday (July 15, 2022), Mr Ofori-Atta sought to rally the nation behind the government in a march against the grueling high cost of living that is manifesting in soaring price jumps, a weak currency and low economic activities.

“With discipline, dedication and hard work, we will overcome the current challenges that confront our nation,” he said.

“We are convinced we can do this again. We worked closely with Ghanaians to turn around the economic situation in 2017,” he said.

In line with the commitment to fiscal discipline, the minister said revenue and expenditure targets for the year had been revised downwards to reflect the pressure that the remnants of the COVID-19 pandemic and the Russia/Ukraine crisis was impacting on the economy.

“Mr Speaker, in the immediate term, we will strengthen our focus on efficiency in our fiscal operations and transformation efforts.

To this end, we are aggressively improving revenue mobilisation by adopting more innovative and comprehensive approaches including technology, rationalising expenditures, adopting policies to address inflation, promoting production and improving productivity, including implementing the Ghana CARES and YouStart programmes and exploring innovative financing as illustrated by the recently approved US$750 million African Export-Import (Afrexim) Facility,” he added.