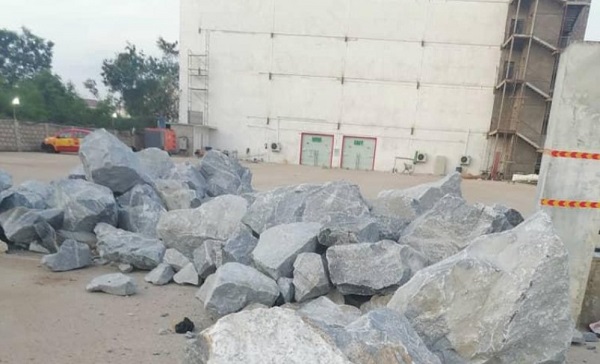 James Mensah, the Facility Manager of West Hills Mall and Samuel Annum Adjei, a contractor, have been arrested by the Weija Divisional Police Command for blocking the entrance of China Mall with rocks.

She said on Saturday, October 30, 2021, at about 0200 hours, the Police at Weija received a distress call from the security man at China mall that some persons were there with a dumping truck, tipping off rocks at the entrance of the China mall located behind the West Hills Mall.

DSP Obeng said Police immediately moved to the scene and upon arrival, they observed that the entrance to the mall had indeed been blocked with rocks.

She said the two suspects immediately took to their heels upon seeing the Police.

However, the suspects were given a hot chase, arrested and sent to the Command for questioning, DSP Obeng said.

She said James and Samuel both admitted to the offence and had been cautioned.

DSP Obeng said they were presently in Police custody assisting with investigations, meanwhile, the rocks have been moved from the entrance of the China Mall.