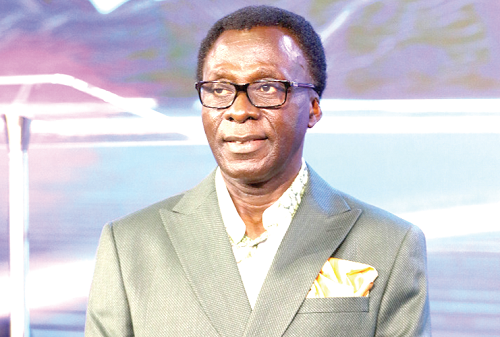 He said regardlesss of the seemingly brilliant speeches and discussions at the conference, the nation would be the loser if it turned out to be business as usual afterwards.

Speaking to the Daily Graphic in Accra last Wednesday, Nana Sarpong, who is the President of Friends of Rivers and Water Bodies, an environmental not-for-profit organisation, said: “The practice where we go for conferences but fail to practise what we learn is counterproductive.

He added: “I believe many Ghanaians would want to see real action on climate change from officials who are in Scotland.”

Taking a look into history, Nana Sarpong said state officials had over the years attended many international conferences and returned with brilliant ideas, but putting such ideas into action was a challenge.

Therefore, he said, people must be seen to be doing their work so that the nation reaps the benefits from COP 26.

“It is the action we take that can solve the problem,” the environmentalist said.

Nana Sarpong noted that all the efforts the President was putting in place to tackle climate change could be thwarted by some officials in the metropolitan, municipal and district assemblies who were not doing their work.

“Sometimes, it had to take the President to come out and give directions as to what to do yet people are not doing their work,” he stated.

Although there is a National Climate Change Policy (NCCP) that provides strategic direction and coordinates issues of climate change in the country, Nana Sarpong believed that not much in terms of implementation of the fine details had been done.

That, he explained, was because officials had been sleeping on the job.

“Today, we are still struggling to battle the illegal mining (galamsey) menace, destruction of water bodies and plundering of our forests resources,” he stated.

The environmentalist indicated that climate change was an existential threat of the time, caused by human activities.

According to Nana Sarpong, some of the things that the wealthy nations propounded at the climate conference were already known to Ghanaians and, indeed, were practised in the past.

“In the past, our forefathers protected the environment not through written legislation, but through individual and collective commitments to protect lives.”

He said for example that in the past, people put value on water but the situation had changed now.

“How can we talk about climate change when officials have given permits to people to build on watercourses?” he queried, adding, “We cannot have our cake and eat it.”