We cannot all have our way — Trustees Chairman 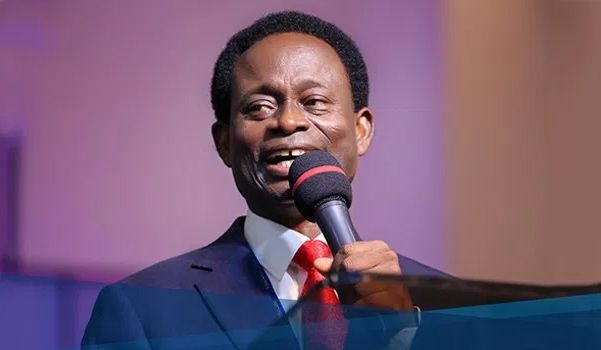 Apostle Prof. Kwadwo Opoku Onyinah, Chairman of the Board of Trustees of the National Cathedral project
30.5k Shares

The Chairman of the Board of Trustees of the National Cathedral project, Apostle Prof. Kwadwo Opoku Onyinah, has explained that given the membership of the board and the divergent views they represent, it is not possible for all members to have their way.

That, however, does not also mean that their opinions are not considered or respected.

In a press statement in reaction to the resignation of the Presiding Bishop of the Lighthouse Group of Churches, Bishop Dag Heward-Mills, Apostle Onyinah acknowledged that every leader had an understanding of issues that must be respected.

“The challenge of such a group is that individual leaders with a history of implementing their own organisational or denominational programmes and vision could be part of a collective decision-making process where their preferences might not always prevail.”

“Specifically, this means that no one leader can have all their preferences, methods and approaches accepted.

“In this changed and unfamiliar context, some would prefer to leave the Trusteeship,” the statement added.

Earlier this week, a letter of resignation from Bishop Heward-Mills, which was tendered in last year, but made public now, listed a number of concerns he had raised but which were ignored by the National Cathedral Secretariat.

He said as a trustee who attended all meetings until his resignation, he was not involved nor privy to discussions on the financial and technical issues concerning the project.

According to Bishop Heward-Mills, weighty issues and decisions were taken by persons other than the Board of Trustees.

“If I say that I, as a trustee, do not know many of the financial and technical issues concerning the Cathedral, it means the discussions about the National Cathedral were held by some people outside the trustees’ meeting or perhaps in a forum that I was not present or invited to,” Bishop Heward-Mills, who represented charismatic churches on the board, said.

Responding, Apostle Onyinah said some of the concerns raised were dealt with in a meeting in August last year.

He said the cathedral project was a partnership between the State and the Church which he said had clearly been specified in the partnership appointment.

“The architect and the land, the site for the national cathedral, had already been selected by the President before the appointment of the trustees by the President. All Trustees were aware of this.

“The costing for the project, the selection of the contractors for the project were led by the project lead consultants, as well as a technical committee officially commissioned by the Board of Trustees,” Apostle Onyinah added.

Apostle Onyinah, a former Chairman of The Church of Pentecost, who also heads the Ghana Pentecostal Council on the board, further said that one of the key strengths of the cathedral project was its board of trustees, made up of some key, pioneering leaders of the Church, and whose work on the project would help to improve inter-church relations in the country.

“These churches and their leaders not only have deep-seated theological differences, but also different understanding and approaches to the development of the cathedral.

“This notwithstanding, we are grateful that all the trustees – including Bishop Dag Heward-Mills who voluntarily left the trusteeship, still remain committed to the vision of the cathedral and want to see it completed to God’s glory,” he said.