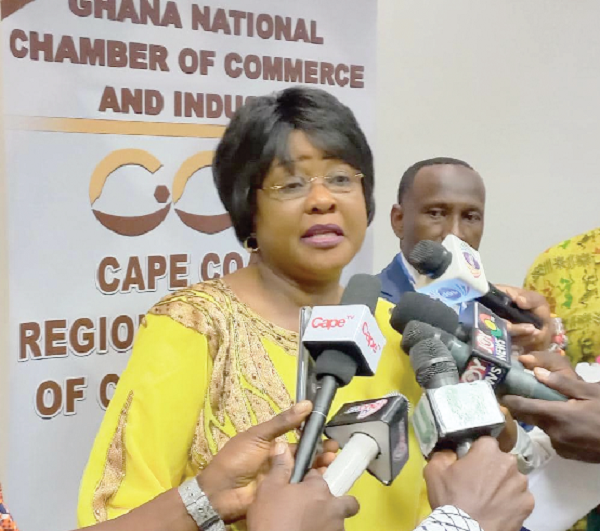 The maiden edition of “Wakanda” One City of Return Expo aimed at changing the economic fortunes of the Central Region through sustainable investment, networking and technology advancement has opened in Cape Coast, the regional capital.

The week-long programme that opened on Monday is being attended by about 200 exhibitors from the artisanal, banking, investments and real estate sectors.

The expo, an initiative is also to link interested stakeholders in the “Wakanda” City of Return project to exchange and build networks with their local counterparts for the success of the project.

The “Wakanda” City of Return project was launched by the African Diaspora Development Institute (ADDI) in August, this year and other local development partners to create a modern city within the city of Cape Coast.

The city will feature a 1,000-bed capacity teaching hospital, resorts, an African university, five-star hotels, manufacturing plants, parks and green space, and a shopping centre, among others.

It is expected to create about 3,000 direct and indirect jobs and open opportunities in Africa and beyond, especially, for all people of African descent to visit Ghana.

Speaking at the opening ceremony of the expo, Ms Arikana Chihombori Quao called on African leaders to map out strategies to enable it to utilise its resources to build resilient economies that would meet the needs and aspirations of its population.

She said the continent held enormous resources but had a greater percentage of its population blighted with extreme poverty due to over exploitation of the resources by foreign hands.

"Africa is by far the richest continent with enough resources to sustain the world for centuries.

We have people from Europe, from everywhere except us driving African development agenda and that is wrong," she said.

She added it was time leaders came together to harness the resources and empowered its institutions and structures to meet growing demands for development, saying they required to cooperate and build opportunities with Africans in the diaspora to materialise that goal.

"It is time for our leaders to come together to fight with one fist because doing that singlehandedly may not help us achieve our aim," she admonished.

An Anti-Corruption Activist, Professor Patrick Lumumba, said African leaders had failed to be proactive in undertaking mitigation steps to reduce the suffering of the masses.

Prof. Lumumba stressed it was critical on the part of leaders to protect the citizenry and posterity with proactive policies to ensure that investments enhanced the adaptive capacity to build resilience at all levels.

The President of the Ghana National Chamber of Commerce, Mr Clement Osei Amoako, for his part, said the country needed a strong and effective partnership with the private sector to work to change the narrative of under development.

He said the private sector was ready to partner the government to open new market access opportunities to drive the needed economic growth and transformation of the African continent.

"The region is endowed with a lot of resources from real estate to tourism, among others, and we must endeavour to highlight the potential of the region at all cost."

He appealed to other African countries invest in the region, noting that it had the best investment climate, boosted by political stability and security "to create sustainable wealth for our people and the continent at large."

The Minister of Trade and Industry, Mr Alan Kyerematen, in a speech read on his behalf by the CEO of Ghana Export Authority (GEPA), Dr Afua Asabea Asare, pledged government's support for the “Wakanda” City initiative.

He said the government was ready to become a strong supporter of the initiative to help create a platform for foreign direct investment for Ghana and particularly the Central Region, host region for the initiative.

He emphasised that the initiative would help the government achieve its aim of supporting women and youth in the private sector to grow their businesses.

"We are strongly behind this initiative to enhance private sector competitiveness which would translate into creating a conducive environment for businesses to thrive."