Use of metric application for NSS registration successful - Director 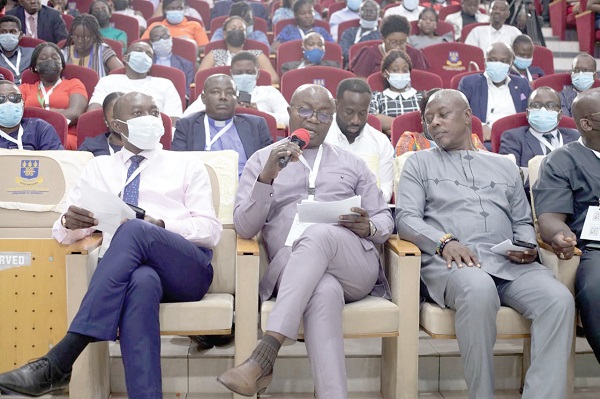 The Volta Regional Director of the National Service Scheme, Ambrose Entsiwah Jnr, has said the introduction of the facial recognition Metric Application into the Scheme’s registration process at the various registration centres has achieved its purpose.

He said the application, first of its kind in the operations of the Scheme, was specially made to validate the identity of National Service Personnel, using a facial recognition mechanism and the Ghana card.

He said it was meant to speed up the registration process and to also help to detect impersonation and identity theft by fraudsters.

This became necessary after increased cases of National Identity theft was being recorded on the system in 2020. There was the need to perform a 3-way match between the identities provided, university information, and the actual user personnel being enrolled.


Mr Entsiwah Jnr, who is also currently acting as the Director of Corporate Affairs of the Scheme, was speaking to the Daily Graphic to throw more light on the activities of the scheme, with specific reference to the processes leading to the ongoing registration exercise for the newly posted national service personnel for the 2022/2023 service year.

According to him, the use of the Metric Application was first tested during the 2021/2022 posting and registration adding that prior to the release of the postings, Regional Directors and other staff of the Scheme were taken through extensive training sessions on the use of the application for the registration.

“Public awareness was also created for the introduction of the Metric Application. This proved to be effective; so this year, we have intensified its use and we have made progress”, he added.

This way, only final year students from the tertiary institutions whose details have been duly uploaded could be identified by the Metric Application during registration for authentication and approval. Management has, therefore, held a couple of stakeholder engagements with administrators of the tertiary institutions and other partners of the Scheme on the new registration and authentication processes.

Almost a year after the blockade, some critics would want to be clear about the state of the “on hold” numbers. “Checks from our data show that 13,179 out of the figure have been put on hold for failed authentication, while 219 service personnel are still on hold for Bio-Metric issues.