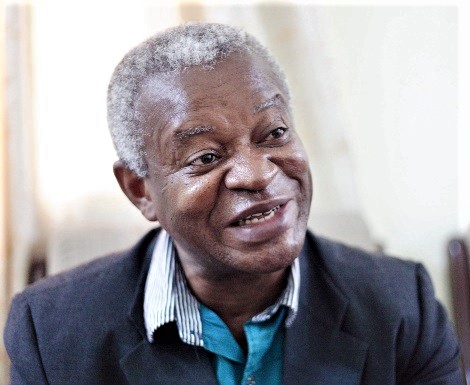 The Chief Executive Officer of the Mental Health Authority, Professor Akwasi Osei, has called for a portion of the excise tax on alcohol and tobacco to be channelled into the mental health fund.

He said the government could do that by either increasing the excise tax on alcohol and tobacco and channelling the difference to resource the fund or maintaining the tax and paying a portion of it into the mental health fund.

“If you increase the tax on alcohol and tobacco, I don’t think people will complain because, after all, people are not even supposed to consume them. So if they cannot afford the cost of alcohol due to tax, then they shouldn’t drink it. We encourage the government to approach the funding of the Mental Health Fund that way,” he explained.

Prof. Osei, who made the call in an interview with the Daily Graphic in Accra on March 3, 2022, explained that tobacco and alcohol consumption was a precursor for mental health problems, and, therefore, taking part of the taxes on them or increasing the tax on them to treat the consequences of such behaviour was in order.

Last Tuesday marked a decade of the enactment of Ghana’s Mental Health Act, 2012 (Act 846), and in an article published in the Daily Graphic to mark the day, Prof. Osei and Kwaku Brobbey, among others, highlighted three things that were left to be achieved after the enactment of the law — the establishment of the Mental Health Board, the passage of the legislative instrument and the establishment of the mental health levy.

He said when the levy was established, it could go a long way to support the rehabilitation of people who were dependent on alcohol and other drugs and that would enable them to come back to help with the development of the country.

On measures the authority had taken to get the levy established, he said it was expected to be established by the Ministry of Finance, and that over the years the MHA had engaged both the previous and the present governments on it.

Among the proposals, he said, was that the levy could be made a stand-alone tax, taken from the salaries of workers and from existing taxes such as the NHIS, excise tax and the GETFund.

He explained that the proposal to also take it from the GETFund was because the majority of people with mental health problems were the youth between 15 and 35 years.

Describing the establishment of the levy as very important, Prof. Osei, who is the immediate past Medical Director of the Accra Psychiatric Hospital, maintained that it was what would provide funding for the mental health fund, which would facilitate the implementation of the Mental Health Act.

He indicated that because mental health in the country had been neglected for a long time, it had many challenges.

“The psychiatric hospitals don’t have money to feed their patients. As of now, they are all owing. Ankaful, for instance, has been taken to court by its creditors and the court granted the wish of the creditors, so they took over Ankaful funds at the bank. Indeed, lack of funding is a major issue.

“Also, though the supply of medication has seen an improvement in the last few years, it is inadequate. As a result, the hospitals either give the prescriptions to the patients to go and purchase the medicines themselves or ask private suppliers (pharmaceutical companies) to supply them to the patients.

“Alternatively, the hospitals use their own money to buy the drugs and sell them to the patients and later find a way to recover the money,” he said, explaining that either way was not the best.

He explained that if funding were available, many of the people with mental health illnesses on the streets could be taken off and sent to hospitals where they could receive treatment until they were better.

He, therefore, appealed to civil society organisations and the media to encourage Members of Parliament and metropolitan, municipal and district chief executives to put pressure on the government to establish the levy.

Prof. Osei said the authority had been informed that work on the two psychiatric hospitals to be established would start in June this year, indicating that the land for the project had been acquired in the northern belt and that preparations were also ongoing.

On the redevelopment of the Accra Psychiatric Hospital, he said preparations were ongoing, and that at the moment it had started discharging many of the inmates.

For those that it could not discharge, he said, it would distribute them among the other psychiatric hospitals once work started.

On the future plans of the authority, Prof. Osei explained that by WHO standards, every mental health law that was 20 years was old, and because of that, 10 years from now the country’s Mental Health Law would be reviewed to take care of new developments in human rights and in the whole country.

He said the authority also hoped to increase incentives for psychiatric health personnel in order to attract more people to that area.