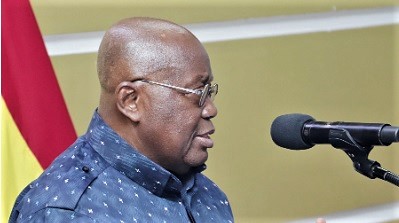 President Nana Addo Dankwa Akufo-Addo has called on the Ghana Chamber of Construction Industry and other stakeholders to collaborate with the government to come up with cheaper methods and materials to build stronger houses at affordable prices.

He said one of the surest ways to deal with the 1.8 million deficit in housing was the ability to build houses cheaply because “we cannot continue to ignore the expensive methods of construction that have made housing here a virtual monopoly of the rich”.

President Akufo-Addo made the call when the leadership of the Ghana Chamber of Construction Industry paid a courtesy call on him at the Jubilee House in Accra last Wednesday.

The chamber is made up of 14 institutions and associations under the construction industry.

The President said it should not be the case that in the richest countries in the world, such as the United States of America (USA), they had the cheapest housing that one could get, while in Ghana, a three-bedroom house at East Legon in Accra and other places cost between $350,000 and $500,000 (GH¢2.4 million and GH¢3.44 million).

He noted that about $100,000 (GH¢688,500) of that amount could secure a well-built and durable home in the USA, all because the materials that went into the construction were indigenously sourced and built through affordable methods.

“You get mansions for that in many parts of America. Yes, a $100,000; $200,000 maximum. We need to find the solution to how we can build strong houses here, but cheaply,” President Akufo-Addo said.

He stated that it was something that required all to put their heads around and find a solution to address the increasing housing problem.

The President raised concern about the rapid physical development taking place in the country so fast that if care was not taken, the country’s big cities would be turned into huge slums, with all social implications.

President Akufo-Addo said that could be avoided if there was a way of building homes cheaply so that most people who earned reasonable incomes could afford to get houses for themselves.

He expressed worry over the fact that the construction industry in the country was dominated by foreigners, who were known for the big contracts, adding: “I used to complain all the time. I don't understand why, when it comes to the building of roads or any serious engineering work in this country, you only hear foreign companies”.

President Akufo-Addo said that was a narrative that did not go to the credit of the country, especially in its bid to attain the policy of a Ghana Beyond Aid.

He said he did not know of any country that had developed where the key contractors who were into the building of the infrastructure were foreign elements, adding that in those places, invariably it was local people who dominated and, therefore, called for the support of the chamber for Ghana to attain that status.

The Minister of Works and Housing, Mr Francis Asenso-Boakye, for his part, said the issue about establishing a housing authority that the chamber raised was currently before the Cabinet for approval for the next step to be taken.

That was because the authority would manage the provision of social housing delivery and other related matters in housing, the minister said.

Mr Asenso-Boakye said the Cabinet had approved the review of the Rent Act, 1963 (Act 220) and the processes had commenced, adding that the Real Estate Agency Act, 2020 (Act 1047) that was supposed to sanitise real estate transactions would be worked on to avoid issues of money laundering in that sector.

Mr Asenso-Boakye indicated that he was interested in seeing to the passage of the Construction Industry Development Bill, which was at the heart of the chamber’s interactions with the ministry, because of the licensing regime under it.

“This is because many people undertaking construction in Ghana prefer to use the services of artisans from neighbouring countries because those countries have robust licensing regimes that have made the artisans straddle to Ghana,” he said.