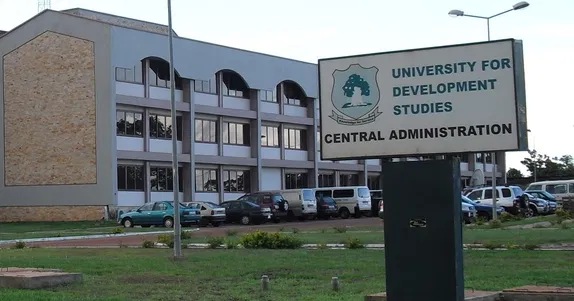 The University for Development Studies (UDS), Tamale, has constituted a COVID-19 response committee to ensure the safety of students and staff of the university as it prepares to commence academic activities.

The five-member committee is chaired by the Director of University Health Services, Dr K. K. Azeez.

In an interview with the Daily Graphic last Wednesday, the Registrar of the university, Dr A. B. T. Zakariah, said the committee had been tasked to ensure that all COVID-19 safety protocols were put in place and observed by the entire university community to reduce the risk of an outbreak on the campus.

“The university has set up a five-member committee called the COVID-19 Response Committee, chaired by the Director of University Health Services, with membership including representatives from the School of Medicine and Health Sciences, the administration and faculties.

“The team will go round the various campuses and hostels to check and ensure that people adhere to the protocols,” he said.

The registrar said prior to the reopening of the university last Monday, the administration ensured that personal protective equipment, such as infrared thermometers, face masks, sanitiser and Veronica buckets, was distributed to the various halls, hostels and offices where the registration of students was being carried out.

The number of students in a room had also been reduced to four, he said.

Due to lack of accommodation, he said, about 90 per cent of the students were living in private hostels in and outside the campuses.

"To ensure the safety of students who live outside the campus, we have engaged the managers of the private hostels to ensure that they follow the protocols as they allocate rooms to students," he said.

The university, he added, was going to adopt mixed approaches to lectures.

"Classes that have more than 100 students will be divided into groups, so that they can observe social distancing in the lecture rooms. On the other hand, some of the lectures will be conducted online for students while they are on campus," he added.

According to Dr Zakariah, the government, through Zoomlion, had fumigated the entire facilities in the university before the reopening.

The UDS reopened last Monday for fresh students of the 2020/2021 academic year.

Dr Zakariah said the university offered admission to about 10,000 students on its Tamale, City and Nyankpala campuses this year, and that so far about 6,000 of them had reported.

"The number of students admitted this year is more than that of last year due to the free senior high school policy,” he explained.

Dr Zakariah advised all the people in the university, especially students, to adhere to the laid down protocols, so that no case would be recorded on the campus.

The registrar added that any student who fell foul to the laid down protocols would be sanctioned.

Some of the students expressed satisfaction with the measures put in place by the university to ensure their safety.

"We feel safe in the hostels because some of us are three in a room, while others are two, so there is social distancing. And without a face mask, no student can enter or leave the hostels," a student, Oliver Boakye Danquah, said.