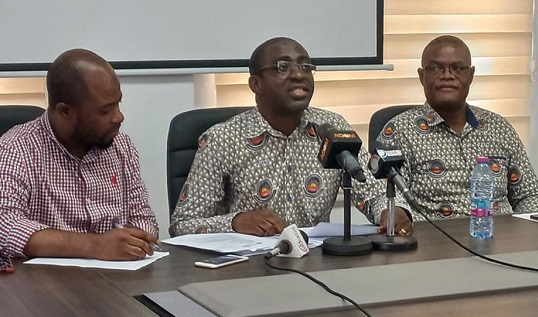 The Technical University Teachers’ Association of Ghana (TUTAG) has given the government a 10-day ultimatum to honour all outstanding commitments to the association else its members will embark on strike action.

It said it had observed with grave concern, the government’s blatant disregard for the rulings of the National Labour Commission (NLC) and a reluctance to enforce rulings against the government.

It said its Codified Conditions of Service (CoS) for members had been outstanding since 2016.

TUTAG said it had patiently engaged the government, amidst a feet-dragging posture.

In June 2021, the NLC ruled among others that: “Government should continue to engage the association on the review of the expired conditions of service for TUTAG."

Also in another ruling on September 2, 2022, the Commission directed as follows: “That the effective date of payment of the Internally Generated Fund (IGF) component of the Allowance(s) should be August 2021 as negotiated and agreed by the parties.

"That the implementation date should be January, 2023. That the Minister of Finance (MoF) is hereby directed to ensure payment in January, 2023 and should also ensure that it issues the necessary letters to the various University Councils within reasonable time to make budgetary provisions in the budget to take care of the payments on the effective date,” it said.

In a statement jointly signed by its president, Surv. Prof. Dr.-Ing. Collins Ameyaw and Secretary, Abubakari Zakari (PhD), it said subsequent to these rulings, TUTAG had endured several processes expected to have culminated into the Finance Ministry issuing an authorisation letter to the universities to effect payments.

"Unfortunately, despite the numerous follow-ups, the MoF has not shown any commitment to issue the letter to the universities. Invariably, TUTAG members have been denied their appropriate benefits within the scope of the reviewed Internally Generated Fund (IGF-related) conditions of service (CoS)," the statement said.

"It is also important to note that the Technical Universities (TUs) have finished preparing their 2023 budgets and same submitted to the Ghana Tertiary Education Commission (GTEC). The inertia being displayed by the MoF in refusing to authorise Councils of TUs, as directed by the NLC, to budget for and pay these allowances is creating uneasiness on various campuses of TUs," it said.

The statement said to forestall the unexpected, TUTAG wrote to the NLC on October 20, 2022 praying the Commission to invoke its own powers by enforcing the orders aforementioned as per section 172 of the Labour Act 2003, Act 651.

It said, however, that the Commission appears reluctant in enforcing its own ruling, "a posture we are highly dissatisfied with."

The association also pointed accusing fingers at the Vice Chancellors of Technical Universities (VCTU-G) in the matter. It said it has picked intelligence which suggests that the VCTU-G is in backdoor negotiations with some government agencies to defer the effective date of the negotiated IGF-related Conditions of Service to January 1, 2023, instead of August 2021.

"We wish to state that the action by the VCTU-G amounts to unfair labour practice, especially when we have concluded negotiations on the allowances in question.

"We wish to bring to the attention of the VCTU-G that their interference with the process has unduly delayed the issuance of the necessary letters by the Ministry of Finance, which will give effect to the implementation of the negotiated agreement/allowances. We, therefore, advise the VCTU-G to henceforth, desist from any such interference in the work of TUTAG to ensure industrial harmony on the campuses of the TUs," it added.

Raising a litany of concerns, TUTAG said another issue worth considering is the unilateral variation of the CoS of staff of universities in Ghana.

"TUTAG wishes to register its highest displeasure against the unilateral variation of the determination or computation of the off-campus and vehicle maintenance allowances," it said.

The statement said TUTAG had openly supported the ongoing strike action embarked on by UTAG and three other labour unions and would have joined but for very good reasons.

"We wish to reiterate our earlier position that the decision by the government to unilaterally vary our CoS is illegal and must be reversed with immediate effect," it added.

Among other issues raised were the challenges with the payroll system.

TUTAG said it had formally written to the Controller and Accountant General’s Department (CAGD) through the Ghana Tertiary Education Commission (GTEC), which is currently managing the payroll of TUs, to cede or revert the management of the payroll system to the various Technical Universities as well as the delay in the payment of book and research allowances.