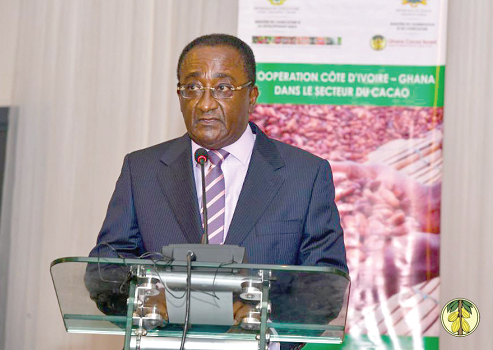 A one-day stakeholder engagement on cashew plantation development to brainstorm how to address the shortcomings of the planting materials distributed to farmers in the country has been held in Wa.

The engagement was informed by an observation that seedlings made available to farmers decreased in yields after a period of time, thus affecting incomes.

Cashew is one of the two tree crops adopted to be supported under the Planting for Export and Rural Development (PERD) in the northern sector of the country.

The MOAP -NW is one of the main components of the EU-GAP that supports business-oriented farmers to seek opportunities on seven different agriculture value chains including cashew for economic growth and conservation of the environment.  The five-year programme which began in 2019 is jointly funded by the EU-GAP and GIZ.

The stakeholder engagement, therefore, was aimed at harmonising approaches to the development of quality cashew planting materials.

Opening the ceremony, the Team Leader of MOAP - NW, Dr Andrew Harberton, encouraged the participants to support the government in the development of quality cashew planting materials to sustain cashew cultivation which is one of the tree crops adopted by PERD for farmers.

He said that would also ensure that PERD was integrated into the tree crop component of the MOAP - NW under the EU-GAP.

Dr Harberton said MOAP - NW, in collaboration with the Cocoa Research Institute of Ghana, had distributed a total of 113,200 quality grafted seedlings to farmers and hoped to increase the area under cultivation by an additional 860 hectares in the north western part of the country.

A Technical Advisor of MOAP - NW, Dr Zakaria Issahaku, in an interview said improving cashew production on community cashew farms had the potential to generate significant incomes, jobs for small-holder farmers and their families along the cashew value chains.

"Against the backdrop that the seedlings available to farmers produced decreased yields after a period, it was important to produce quality planting materials for distribution, which will have long-lasting productivity to assist in enhancing the incomes of farmers. Otherwise, they will be forced to cut down the non-performing cashew trees which will go against the PERD programme," he said.

According to Dr Issahaku, while the EU-GAP was promoting the best practices in cashew orchard management using an improved scion bank of quality cashew propagation materials, other institutions were using ordinary seeds for nursing and distribution to farmers.

"Hence in the short term, we will be rejoicing that farmers are planting the cashew. However, in the long term they will be disappointed because they will not obtain the recommended yields. So, there is a looming crisis because they are rather being impoverished if quality cashew planting materials distribution is not addressed," he said.

The stakeholders agreed to adopt a standard method of propagating cashew, which is using grafted seedlings for the farmers throughout the country.

The MOAP - NW pledged to provide the necessary resources and logistics to support communities to establish and maintain successful plantations as well as the conservation of the environment.

Topics discussed were cashew propagation and the production of quality declared propagation materials, establishing and maintaining a successful cashew plantation and perspective on cashew production in the Savanna, North East and Upper West regions.