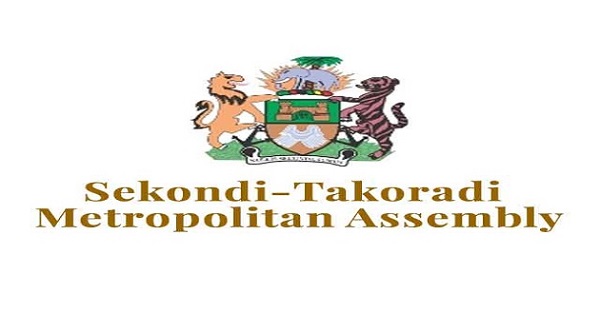 The Sekondi-Takoradi Metropolitan Assembly (STMA) has intensified the enforcement of its bye-laws to ensure safe environmental practices in the metropolis in its quest to support the fight against the COVID-19 pandemic.

As part of the measures, the assembly is closing down all public toilets and bathhouse facilities in poor condition and has set up a team to visit public places to ensure adequate preventive kits are in place for use by visitors.

The Environmental Health Unit of the assembly is serving notice to operators of public facilities of pending fumigation to be carried out.

The assembly will also be working with the leadership of various transport unions to come up with preventive measures for drivers, passengers, and other stakeholders.

Briefing the media on the assembly’s preparedness, the Metropolitan Chief Executive of the assembly, Mr Anthony K. K. Sam, said the management of the assembly met and came up with strategies to enforce the President’s directives on preventive measures across the metropolis.

The meeting decided to have in place a team headed by the Metro Director of Health with the mandate to coordinate the activities of sensitisation and monitoring to enforce the presidential directives.

The move, Mr Sam said, would enable the assembly’s COVID-19 team to lend the necessary advice and monitor their execution. “At the assembly, we are informed that some of the terminals have already provided handwashing facilities,” he stated.

The chief executive said as part of the team’s mandate, they were to use all available traditional and social media platforms to educate and sensitise the public to the preventive measures of COVID-19, early detection symptoms, the emergency numbers and the available holding centres in the metropolis.

“With the support of the security agencies, the team will mount surveillance across the metropolis to ensure compliance of the President’s directives by all institutions, organisations, groups and individuals,” he said.

“Let me say that the assembly’s COVID-19 team will be visiting the premises of industries, hotels, supermarkets, nightclubs and other health facilities to assess preventive measures they have in place for patrons of their premises,” Mr Sam said.

He said, “Once the team enters into your premises, they will ask for the operational plan for the place and any physical evidence of preventive measures taken towards COVID-19.”

Where necessary, he stated that the team would recommend and compel any institution or organisation that had inadequate preventive measures on their premises to do so within 12 hours.

Mr Sam said as part of measures to improve the environmental sanitation conditions in the markets, lorry terminals, public toilets, bathhouses, as well as other public open spaces, the assembly had decided to reschedule its fumigation exercise from the beginning of next month to this week.

The environmental health outfit, he said, would undertake fumigation exercises in the major markets immediately, starting with the Takoradi Central Market (Market Circle), the Sekondi Market and Kojokrom Market before the end of the week.

“Fumigation at other markets in various communities will follow in due course. Additionally, the assembly intends to heighten education on the preventive measures to the traders at all the markets through the Information Services Department and the National Commission for Civic Education,” Mr Sam said.

He said the sub metros had also been tasked to liaise with the market queens within their jurisdictions to consider the possibility of mounting hand washing facilities in the various markets.

He urged members of the general public to ensure that there were no handshakes but regular hand washing to ensure the COVID-19 pandemic was uprooted.