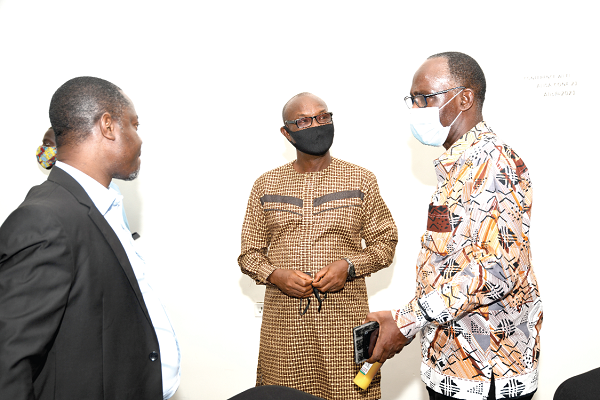 Stakeholders in the extractive sector in mineral rich West African countries yesterday held a regional dialogue in Accra on how to harness the benefits of the sector to accelerate development.

The dialogue, which was on the theme: “Taxation of the Extractive Sector — putting the African mineral governance framework (AMGF) to use,” will stimulate synergies, strengthen coalitions, build alliances and establish partnerships in an effort to put Africa on the pathway to socio-economic transformation as envisioned by the Africa Mining Vision which was adopted by the African Union (AU) in 2009.

The Ghana Integrity Initiative (GII), the local chapter of Transparency International, organised the forum in collaboration with a “Stop the Bleeding” campaign, a global movement for the curbing of illicit financial flows.

The Executive Director of the GII, Ms Linda Ofori-Kwafo, said the Africa mining vision (AMV), which focused broadly on how development could be achieved through the creation of local value, driven by the strategic use of mineral resources, had not been implemented satisfactorily.

She said after over a decade of introducing the AMV, it was unfortunate that only few of the 54 AU-member countries had adopted the initiative due to a general lack of awareness of the vision among key stakeholders in Africa’s mining sector.

She, however, said the vision, when adopted, would help countries chart a path to generate and realise the various types of linkages arising from the mineral sector for industrial development and technical upgrading.

“Various schools of thought believe that Africa’s vast mineral wealth should have been an important driver of its structural transformation, but unfortunately it has produced gloomy tales of a natural resource curse on the continent,” the executive director added.

Mrs Ofori-Kwafo further alleged that corruption, which involved state officials with the mandate to protect natural resources, but who abused their powers for private gains, was contributing to the phenomenon of illicit financial flows from the extractive sector.

She said despite international guidelines against money laundering, efforts to close the mechanisms that allowed corruption to continue unsanctioned remained slow and weak.

Mrs Ofori-Kwafo said similar fora would be organised in East and North Africa to help improve the continent’s gains from the extractive sector.

For his part, the Head of the Tax Policy Unit of the Ministry of Finance, Mr Daniel Nuer, said developing countries must reform the current fiscal regime for mining to eliminate the need for case-by-case negotiations between mining companies and revenue authorities in mineral rich countries.

He said that could be achieved efficiently through the introduction of a dedicated extractive industry fiscal law to consolidate sector-specific fiscal instruments into a single piece of legislation with administrative responsibilities clearly assigned to the revenue authority.

“This would also involve addressing issues in the broader body of tax laws to eliminate the need for clarification and exemptions in individual agreements and close the door to provision of additional concessions,” he said.

Mr Nuer further urged developing countries to look inward to mobilise the requisite levels of revenue to pursue their development agenda by opening up tax nets to include previously untaxed segments of their economies.

As a matter of priority, he said, there was also the need to address weaknesses in the revenue administration systems that led to revenue losses through schemes such as illicit financial flows.