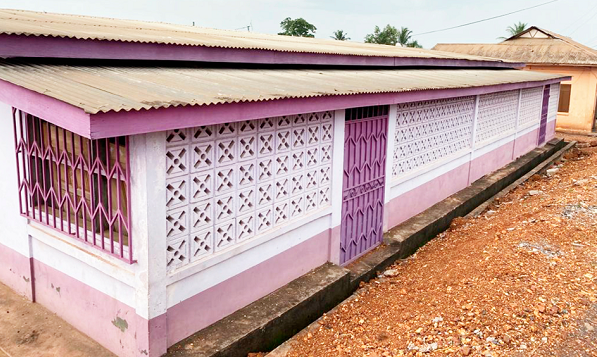 Sokode Biscuits, a one-timepride of the Volta Region, is in dire need of capital injection as the vision of the once vibrant factory to be a major player in the industry has fizzled into thin air.

The well-known but now defunct Sokode Biscuit Factory at Sokode Gbogame still awaits fresh investment for its revival, after huge financial challenges pushed it to its present state.

Though requests are still coming in for the biscuits, the factory lacks the capacity to venture into large-scale production as it is on its knees, with no factory hands.

The factory, a recipient of several awards of distinction in the 1990s, is currently a pale shadow of itself, with its indigenous baking centre now gathering dust and cobwebs.

The factory was established in the 1960s and started operating with 60 employees made up of 40 females and 20 males.

The Founder of the factory, Ms Beatrice Awudey, has dedicated more than 40 years of her life to lead the company to successful feats. It also financed her children's education.

Ms Awudey, the force behind the household name – Sokode Biscuits, applied innovative skills to her baked products, which attracted attention in other parts of the country including high profile shops and institutions operating in Ghana.

Her products were also exported beyond the shores of Ghana to countries such as Germany and the Middle East.

A grandson of the elderly woman who is the Production Manager of the Company, Mr McBillion Bansah, said the smell of freshly baked biscuits was part of Sokode and that those biscuits represented scores of jobs for members of the community and other surrounding towns.

A teacher at Sokode-Lokoe, Mrs Hannah Baffoe-Coleman, recalled how she used to patronise the biscuits she described as irresistible.

"We don't know what happened. All of a sudden it went out of the 'system', so much that we couldn't get it to buy," she said.

Today, however, it is saddening to witness the factory, which used to be an economic safe haven for many, crumble as a result of dire financial challenges and the influx of imported substandard biscuits which killed patronage of the local product.

The financial challenges at the Sokode Biscuit Factory could not enable the company to compete favourably with foreign brands and it currently needs investment to shore up production so that it meets the huge orders it currently receives but is unable to fill.

A handful of people currently assist in meeting limited demands outside the collapsed factory’s premises as and when they can.

Mr Bansah told the Daily Graphic that there was a glimmer of hope for the company to take advantage of some funding opportunities which was then being spearheaded by former President Jerry John Rawlings, who was one of the factory's high-profile patrons.

"Before his passing, we visited the former President Rawlings when he added his voice for the inclusion of the factory to the list of beneficiaries of the government's ‘One district, one factory (1D1F) programme," he said.

Mr Bansah expressed hope that despite the lost opportunity, the company would still pursue an intervention through the 1D1F programme. Already, business plans have been drawn up to ensure the success path of the factory.

The factory owners, like many others in the business community in the Volta Region, are already armed with assessments and analyses of the current status and potential for the business, which can provide investors with the opportunity for a deeper appreciation of its strength and the tasks ahead.

Mr Bansah said with an already available tract of land, a funding of GH¢300,000 would ensure the setting up of an expanded and modern factory, with modern baking equipment to replace its indigenous stoves.

That, he said, would ensure a favourable production capacity and efficiency.

He envisaged that a newly established factory would have the ability to reach a daily production capacity of over 1,000 packs of biscuits, which will be a 98 per cent increment in quantity from the current 16.

The expansion would also ensure an improved product bagging and packaging in order to compete favourably with other competitors within the country and beyond its borders.

This new opportunity will potentially ensure the employment of over 100 individuals, which could bring some reprieve to the country's current unemployment rate of 4.5 per cent, regardless of how insignificant it may be.

The Volta Region is a burgeoning hub of cassava production, one of the essential ingredients processed into flour for baking the biscuits.

This means the revival of the company is sure to create several direct and indirect employment for the teeming unemployed youth and farmers.

Mr Bansah, who doubles as an Assemblyman for Sokode Gbogame in the Ho Municipality, said he would prioritise job creation.

He explained that aside from the main production, the company had plans to diversify to train other unemployed individuals and provide them with essential skills needed in the development of an entrepreneurial mindset so as to create jobs for themselves and their communities.

Mr Bansah said the revival of the once glorious Sokode Biscuit Factory would not only provide much needed jobs for the unemployed but breathe new life into local industries.