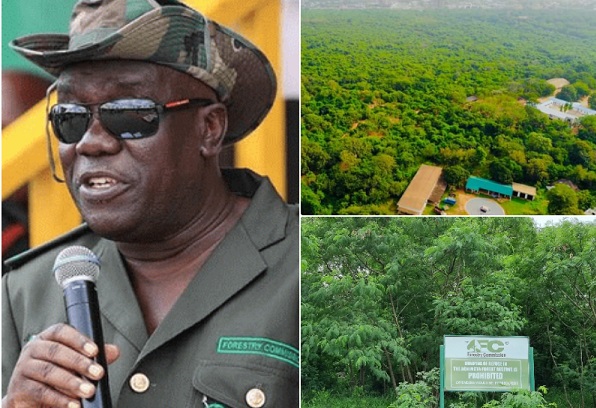 The Ministry of Lands and Natural Resources has assured that the Achimota Forest and Sakumono Ramsar Site lands captured in the alleged will of the late Forestry Commission Chief Executive, Kwadwo Owusu Afriyie, popularly called Sir John will not pass interest/title to any beneficiaries even if ownership by the deceased is established.

The Ministry in a press statement signed by the Minister of Lands and Natural Resources, Samuel A. Jinapor said its preliminary inquiries into the alleged will had revealed that the matter was the subject of litigation in the courts, adding that the late Sir John did not own any lands at the Achimota Forest or the Sakumono Ramsar Site.

The statement further indicated that any ownership of lands, both, in the Achimota Forest and the Sakumono Ramsar Site by the late was to be deemed void if ownership by Sir John was established.

"Preliminary inquiries reveal that the alleged Will in question is a subject matter of litigation/contestation in the courts," the statement said.

"Further checks at the Lands and the Forestry Commissions, the repositories of the records of the lands in question, show no record of ownership of Lands at, the Achimota Forest or the Sakumono Ramsar Site, by the late Kwadwo Owusu Afriyie".

Any ownership to be deemed void

It added that the government will act on any improper acquisition of any Public Lands, regardless of how it was procured.

"That said, given the totality of the circumstances of the said allegations, I, as Minister for Lands and Natural Resources, have directed the Lands and Forestry Commissions to deem any ownership of lands, both, in the Achimota Forest and the Sakumono Ramsar Site by the late Kwadwo Owusu Afriyie as void and are to take the appropriate actions accordingly.

"For the avoidance of doubt, the bequeathing of the aforesaid lands, if established, will not pass any interest/title to the named beneficiaries in the alleged Will. These lands, the subject matter of the alleged Will, shall remain Public Lands, whether or not it falls within the de-gazetted lands pursuant to E.I 144". 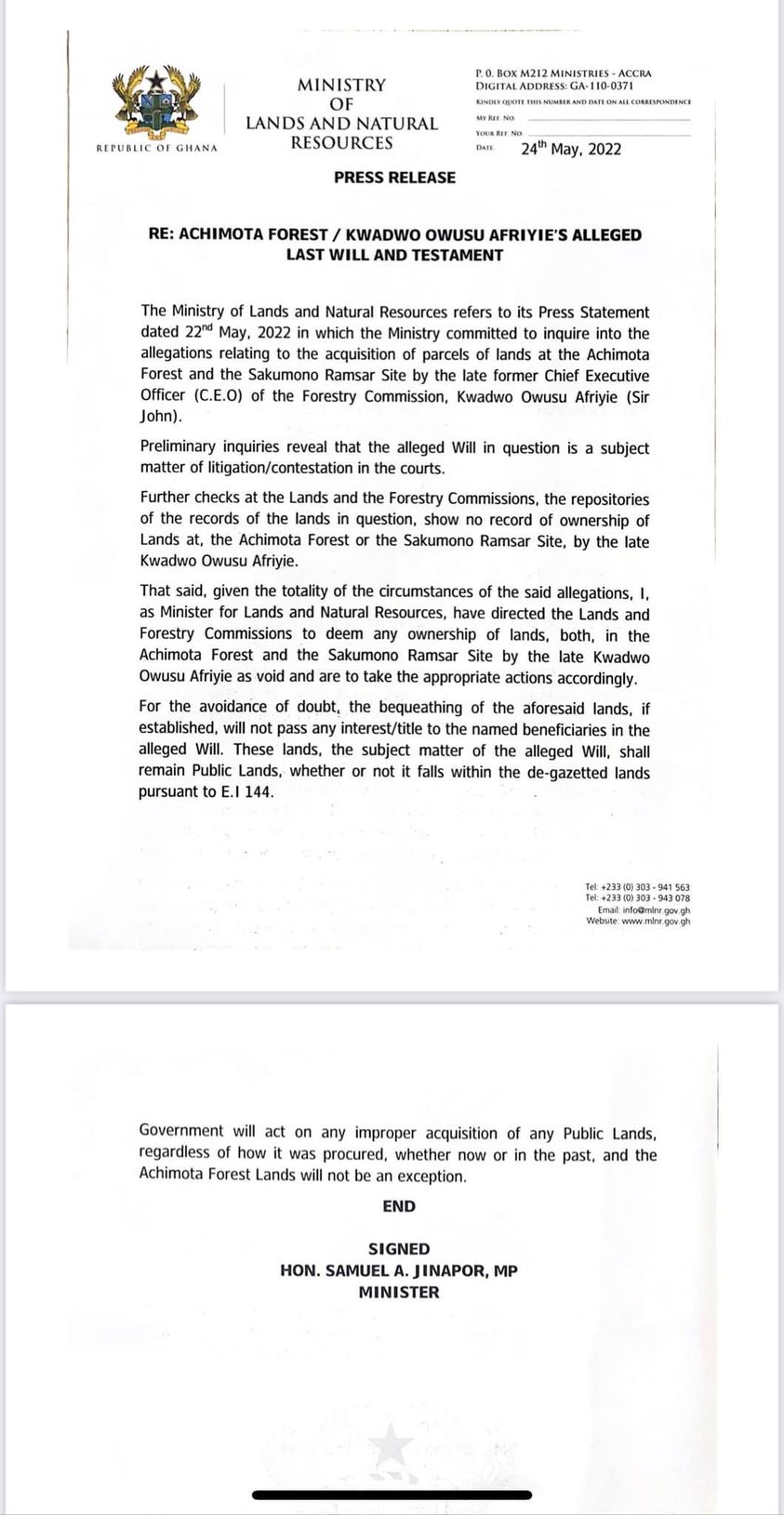