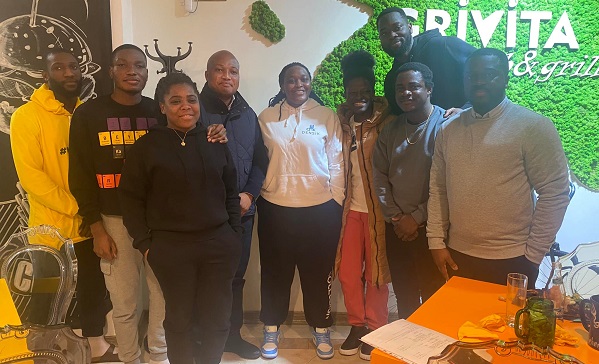 The Member of Parliament for North Tongu, Samuel Okudzeto Ablakwa, is in Bucharest, Romania on a mission to meet Ghanaian students who have been evacuated from Ukraine amid the country's ongoing conflict with Russia.

In a Facebook post, Mr Ablakwa who is the Ranking Member of the Foreign Affairs Committee of Parliament said the visit affords him the opportunity to closely assess the conditions of the students and to better understand how Ghana can be more helpful to them.

"I do this not merely because it is a constitutional imperative of oversight imposed on parliamentarians; there is a higher obligation of our common humanity and nationhood," he posted.

"Romania now hosts the largest number of Ghanaian students — an estimated 200, expected to be evacuated to Ghana.

"I have been greatly inspired by the amazing stories of survival and resilience as narrated by our heroic compatriots.

"I salute Ahmed Tijani Abubakr of our diplomatic mission in Prague for his impressive consular services which have been praised by the students".

Mr Ablakwa's visit follows the evacuation Tuesday of the first batch of 17 Ghanaians from Ukraine.

In his post, Mr Ablakwa further assured that evacuations will continue and "we would also never forget their colleagues who remain trapped in Ukraine, particularly those in the city of Sumy".

"Together, as one nation with a common humanity, we shall ensure the complete protection and rehabilitation of our beloved citizens," he added.