Right to information law for benefit of all - Yaw Boateng 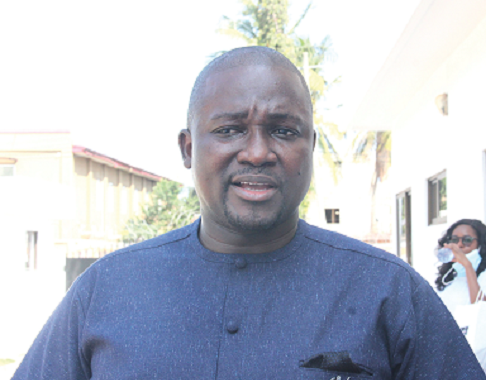 The Executive Secretary of the Right to Information (RTI) Commission, Yaw Sarpong Boateng, has said the right to information law is for the benefit of all citizens and not for any specific group of people.

“This law is not meant for a specific group of people, it is for everybody and so we all need to learn more about it,” he said.

The health screening exercise and health walk for residents of Madina and its environs in Accra formed part of activities of the Right to Information Week celebrations.

The exercises were aimed at creating awareness and also whipping up enthusiasm in the citizenry for the event which theme is:

The celebration falls in line with the International Day for Universal Access to Information on September 28, 2022, set aside by the UN to celebrate access to information across the globe.

The residents were joined by staff of the commission to march through some principal streets of Accra starting from Dzorwulu and ended at the Presbyterian Boys' Senior High School (PRESEC).

They carried placards with various inscriptions which sort to sensitise the public to their right to information.

At PRESEC, they were taken through aerobic routines amid singing and dancing, followed by football matches between various departments of the commission, as well as the Ministry of Information.

And during the free medical screening exercise, patrons were examined for Hepatitis B, eye and breast diseases, High Blood pressure, as well as other diseases.

According to Mr Boateng, the exercise was important because it enabled staff of the commission and the general public to keep fit.

A beneficiary, Vincent Agyapong Bediako, who had successfully gone through the processes, expressed gratitude to the commission and its partners for bringing health care close to the community.

“I just finished checking my eyes. There was nothing wrong with it but I know it’s good to check up. So that’s what I came here to do. I was offered some advice which I intend to follow,” he said.