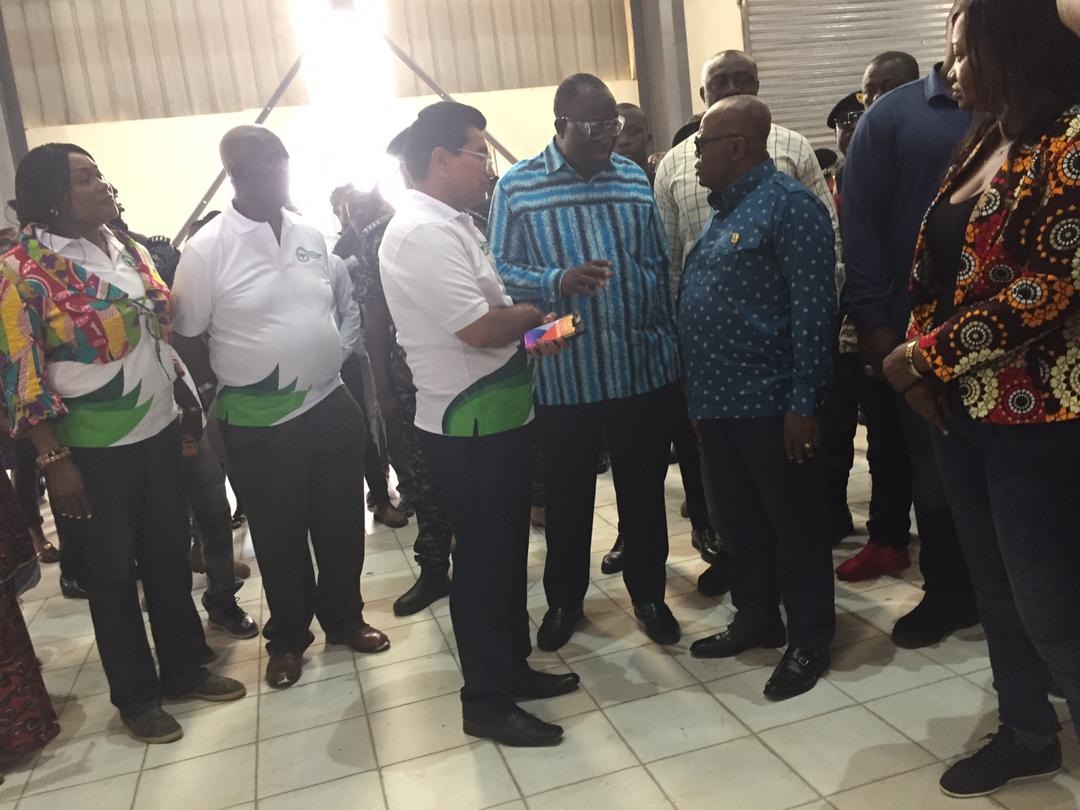 The retooled Komenda Sugar Factory has undergone two successful test runs as it prepares for inauguration later in the year.

President Nana Addo Dankwa Akufo-Addo at a meeting with the chiefs and people of Komenda before an inspection of the factory said he was hopeful the factory would be inaugurated before the end of the year.

He said he was committed to seeing the factory in operation.

President Akufo-Addo inspected the factory as part of his working visit to the Central Region on Saturday.

President Akufo-Addo said the government would continue with its agenda of industrialisation to help bring economic improvement to the people and urged the people to support government’s efforts of development the country.

Officials at the factory said 12.5 metric tonnes of unrefined brown sugar have been produced from the two successful test runs.

Samples of sugar produced from the factory were given to some community members of Komenda reporters to taste.

The Acting President of the Komenda Traditional Council, Nana Kwahin V commended the president for the tenacity shown in revamping the factory saying great works had gone on at the factory to bring it to this stage adding the factory would create jobs and boost economic activities in the area.

The Komenda Sugar Factory was built at a cost of $36 million from an Indian EXIM Bank facility.

It was inaugurated by former President John Mahama in May 2016, but the factory stopped operations shortly after.

The factory which was expected to employ 7,300 people along the value chain in the Komenda-Edina-Eguafo-Abirem municipality has not been operational since then.

The government had made several efforts at revamping the factory for it to commence operations.

In June, the Minister of Trade and Industry told parliament the factory’s retooling was 98 percent complete.