Rastafarianism is not a recognised religion in Ghana – Nana Akomea 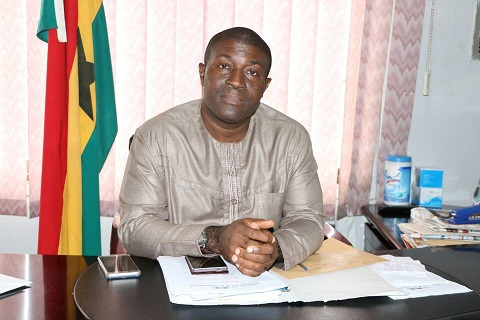 The Managing Director of the Intercity STC Coaches Limited, Nana Akomea, has stated that the debate over the admission of two students with dreadlocks to Achimota Senior High School would not have arisen if Rastafarianism was a recognised religion in Ghana.

According to him, the misunderstanding between the management of the school and parents of the students would not have been the case if they were Muslims.

He said this was the case because Islam was a recognised religion in Ghana, where as Rastafarianism was not.

Mr Akomea was sharing his views on the ongoing brouhaha between Achimota School, the Ghana Education Service (GES) and the two Rastafarian students on Accra-based radio station, Peace FM.

He noted that although the Constitution stipulates that every Ghanaian had the freedom of religion, worship and association, there are rules and regulations guiding those rights.

He therefore advocated for the GES and its stakeholders to come out with standard rules for secondary schools in order to avert future occurrences.

Meanwhile, the President of the National Association of Graduate Teachers (NAGRAT), Angel Carbonou has suggested that if Rastafarians want their children to keep their dreadlocks on in senior high schools (SHS), then they should set up their own schools in Ghana.

"I don't even know why the Rastafarians don't have their own schools, because they've been in this country [Ghana] for a very long time," Mr Angel Carbonou said at a press conference in Accra on Monday.

The debate over the admission of two students with dreadlocks to Achimota Senior High School (SHS) reached another stage Monday when the school stood its ground in asking the students to cut their dreadlocks before they would be enrolled.

Rather, the decision was for them to cut their dreadlocks in conformity with the school's rules.

The father of the student, Mr Ras Aswad Nkrabea, who sat in the meeting, told the Daily Graphic that the headmistress insisted that the school would not bend its rules with respect to admission.

“The GES and the headmistress of the Achimota School came together and said my son cuts his hair. That is the position both of them took,” Ras Nkrabea said.

He said his next step would be to proceed to court but in the meantime he would find another school until the matter was settled.

“The next step is to take it to court and there's no question about that. We are trying to find another school now for him,” he said, adding, “I was shocked at the decision of the GES today after last Friday's directive.”

Rastafarianism is a religion that reportedly developed in Jamaica during the 1930s.

It is said to be both a new religious movement and a social movement by scholars of religion. There is no central authority in control of the movement and much diversity exists among practitioners, who are known as Rastafari, Rastafarians, or Rastas.

Rasta beliefs are based on a specific interpretation of the Bible with a monotheistic belief in a single God, referred to as Jah, who is deemed to partially reside within each individual.

Rastas accord Haile Selassie, the Emperor of Ethiopia between 1930 and 1974, key importance; with many regarding him as the Second Coming of Jesus and Jah incarnate, while others see him as a human prophet who fully recognised Jah's presence in every individual.

Rastafari is Afrocentric and focuses attention on the African diaspora, which it believes is oppressed within Western society, or "Babylon".

Many Rastas call for this diaspora's resettlement in Africa, a continent they consider the Promised Land, or "Zion".

Some practitioners extend these views into black supremacism. Rastas refer to their practices as "livity".

Communal meetings are known as "groundations", and are typified by music, chanting, discussions, and the smoking of cannabis, the latter regarded as a sacrament with beneficial properties. Rastas emphasise what they regard as living "naturally", adhering to ital dietary requirements, wearing their hair in dreadlocks, and following patriarchal gender roles.