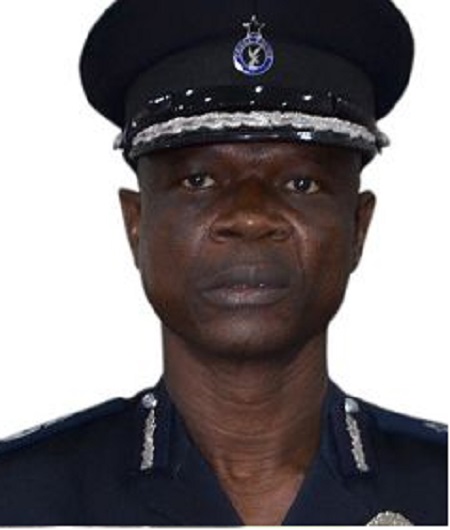 Commissioner of Police Paul Manly Awini, the Director-General in charge of the National Patrols Department, addressing participants in the workshop Follow @Graphicgh

The Police Administration has decided to expand community policing to all district police commands across the country.

This is a significant scale-up of the concept which used to be practised in a few selected police divisional commands.

In line with the expanded concept, all district police commands will now have community police units which will serve as links between the public and the law enforcement agency.

The Director-General in charge of the National Patrols Department of the Ghana Police Service, Commissioner of Police (COP) Paul Manly Awini, announced this in Accra last Monday at the opening of a five-day trainer of trainers workshop in the new community policing concept for selected officers.

He explained that jurisdictions under each district police command would be zoned and handled by 18 specially trained community police officers who would provide a 24-hour service.

Each zone, he said, would have among the police officers, an intelligence officer, a supervisor and a deputy supervisor. 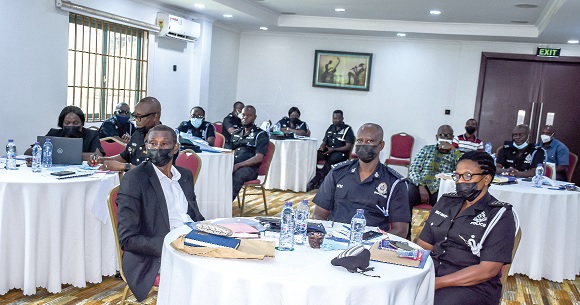 Among other duties, COP Awini said, the community police officers would interact with residents of their communities to know their security challenges and issues of concern and work together to address them.

He added that the German International Cooperation Agency( GIZ) was supporting the Police Administration to develop the community policing strategy.

COP Awini said the concept had been mainstreamed into the curricula of police training schools to ensure that all police officers understood and embraced the concept of community policing.

“Police officers already in the system are going to be trained by these trainers to ensure all officers understand the concept of the community police module that the current Inspector General of Police, Dr George Akuffo Dampare, is introducing,” he stated.

Community policing is a strategy of policing that focuses on developing relationships with community members.

It is a philosophy of full-service highly personal policing where an officer patrols the same area for some time and develops a partnership with citizens to identify and solve challenges.

The central goal of community policing is for the police to build relationships with the community to reduce social disorder.

Community policing is related to problem-oriented and intelligence-led policing and contrasts with reactive policing strategies.

The Director in charge of the Police Community Policing Directorate, Assistant Commissioner of Police (ACP) Rev. Mrs Laurencia Wilhelmina Akorli, said participants had been drawn from the various police training schools in the country to be equipped for the training of personnel.

During the five-day training, she said, the trainers would be taken through the new community policing concepts, ethics and professionalism, police patrols in neighbourhood watch communities, consultation and planning, problem-oriented policing, partnership and collaboration with the public, crime prevention, among others.

Through community policing, she said, residents had a more favourable view of their local police and it also improved the trust between the law enforcement officers and the public.

Additionally, ACP Mrs Akorli said the police were able to obtain accurate information from residents regarding criminal activities in their communities.