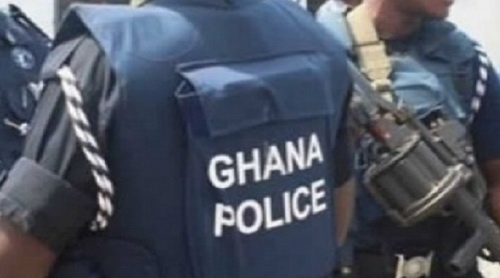 The Upper East Regional Police last Sunday gunned down a suspected armed robber during a shoot-out at the Nyariga Forest along the Bolgatanga –Nyariga road.

The incident occurred in the afternoon when the suspected armed robbers were attacking traders from the Nyariga market and the police called in to salvage the situation.

In a statement on Monday, February 28, 2022, the police said the police team while on their usual patrols responded to intelligence gathered that some suspected armed robbers were attacking traders from the Nyariga market.

It said that upon getting to the said location, the team encountered three young men wielding pump-action guns who engaged the police team in a shoot-out.

The police, the statement added, managed to gun one of the three men down. The other two escaped.

The Police stated that the injured suspect was quickly rushed to the Bolgatanga Regional hospital for emergency treatment but was unfortunately pronounced dead upon arrival by the medical officer on duty.

His lifeless body has since been deposited at the morgue of the same hospital for autopsy and preservation.

Items retrieved from the deceased robber who is yet to be identified, included the pump-action gun with serial No. MVS4951A loaded with five rounds of BB cartridge ammunition he was using.

Additionally, a backpack containing 11 rounds of the BB cartridge ammunition was retrieved from the scene of the incident.

“We are appealing to the chiefs and people of Nyariga to volunteer information that will lead to the arrest of the other suspects who are currently on the run” the Police said.

Information gathered by Graphic Online indicates that residents of Nyariga who travel to Bolgatanga, the regional capital to undertake some activities are often attacked on their way on that stretch of the road.

Many users of the road are worried who are always in fear due to the fact suspected armed robbers harrass and attack them with impunity even in broad day light.