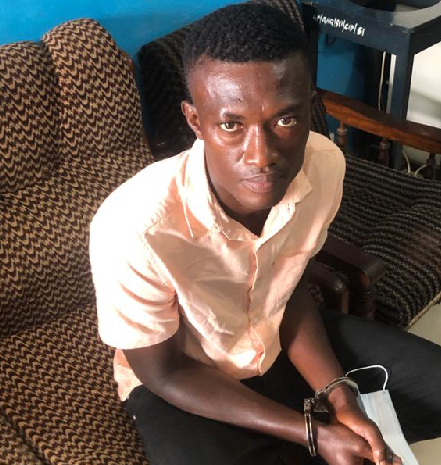 Personnel from the Homicide Unit of the Ghana Police Service that deals with crime of murder have arrived from Accra to commence investigation into the alleged killing of three boys at Abesim near Sunyani in the Bono Region.

The team arrived in Sunyani yesterday after the acting Inspector-General of Police (IGP), Dr. George Akuffo Dampare, directed the team to take over the investigation into the incident.

The police in Sunyani arrested 28-year-old Richard Appiah, an architect, who is believed to have murdered the three children and kept some meat suspected to be human flesh in his fridge.

The victims are his own 12-year-old stepbrother, Louis Agyeman Junior, and a 15-year-old Stephen Sarpong. The third victim is yet to be identified.

The bodies were found in his living quarters, owned by his father at Alaska near Abesim on Friday, August 20, 2021.

The police arrested another suspect (name withheld) last Sunday to assist in investigations.

The Daily Graphic gathered from the Bono Regional Police headquarters that the team has been busy at the crime scene since arrival.

According to the source, the unspecified number of the homicide officers had picked the fridge in which the suspect was alleged to have kept the pieces of suspected human parts to the regional command.

In addition, the team has gathered and brought the exhibits suspected to have been used to commit the crime to the regional headquarters for inwards transfer to Accra.

The homicide team is being supported by some Sunyani Municipal and Abesim Police personnel.

When the Daily Graphic visited the crime scene yesterday, there was an armed police officer stationed there to prevent people from visiting the house to distort evidence.

Last Sunday, the IGP led a delegation to visit families of the two boys to console them and directed that the homicide team take over the case.