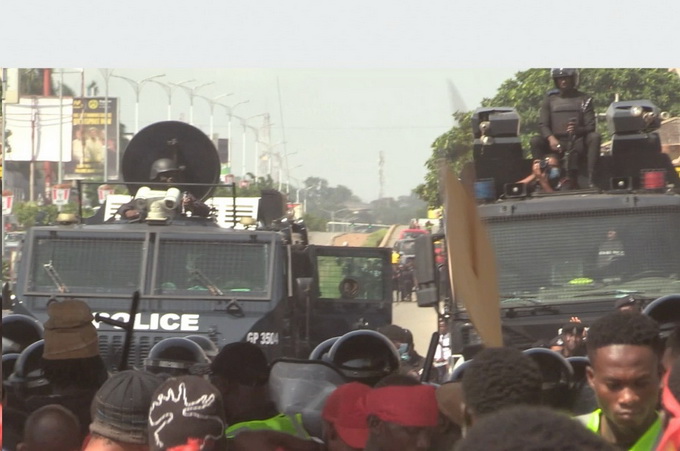 The Ghana Police Service says 29 demonstrators who took part in Tuesday’s demonstrations organised by the Arise Ghana movement, have been arrested for their part in the violence that occasioned the event.

The two-day demonstration, scheduled to continue on Wednesday according to organisers, is to protest “persistent and astronomical hikes in fuel prices” and their attendant “excruciating economic hardships on Ghanaians”, the imposition of E-Levy, the grabbing of State lands by officials and the de-classification of huge portions of the Achimota Forest reserve, increased police brutalities and state-sponsored killing of innocent Ghanaians, as well as demand a full scale and bi-partisan parliamentary probe into COVID-19 expenditures, and the total cancelation of the Agyapa deal. 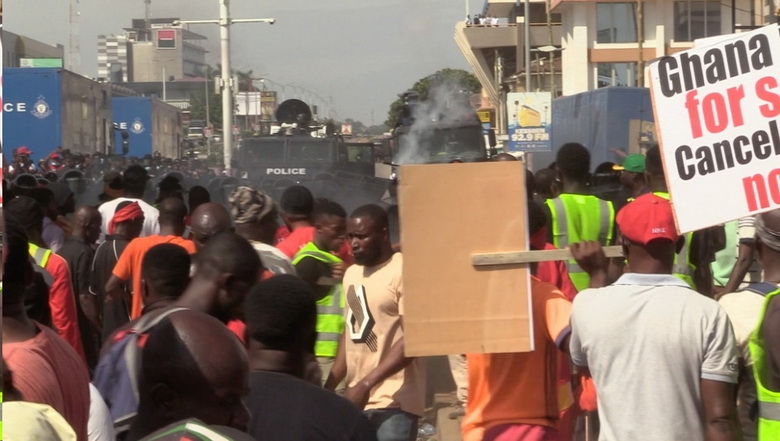 The demonstrators clashed with the police following disagreements over routes prescribed for the march. The High Court had on Monday directed that the march be restrained to routes proposed by the police and should run between 8am and 4pm, but the demonstrators who say they had appealed against the court decision, insisted on sticking to their original plan - to picket at the frontage of Jubilee House into the night. 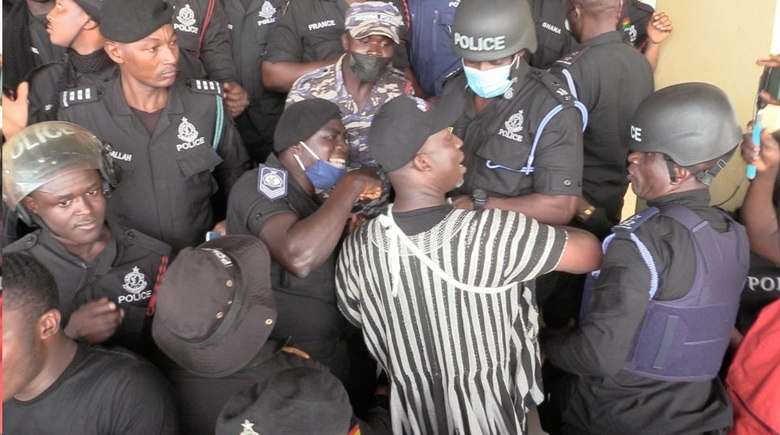 Below is a statement by the police.

1. The Police have arrested 29 demonstrators for their participation in violent attacks on the Police and some members of the public including school children during the Arise Ghana demonstration in Accra today.

2. Available video footages of the event are being reviewed and all other persons identified for taking part in the attacks as well as inciting the violence will be arrested and brought to face justice.

3. Also, the organisers of the demonstration will be arrested and put before court for the attacks and damage to public property, in line with the provisions of Section 3 of the Public Order Act, (Act 491).

4. Meanwhile, the Police would like to draw the attention of the public to the calculated falsehood and misinformation being peddled by the organisers and their cohorts. We urge the public to disregard the untruths and treat them with the contempt they deserve, for the footages and images of the event speak for themselves.

5. We would like to assure the public that we remain committed and professionally measured in the discharge of our constitutional mandate of enforcing law and order in the country.