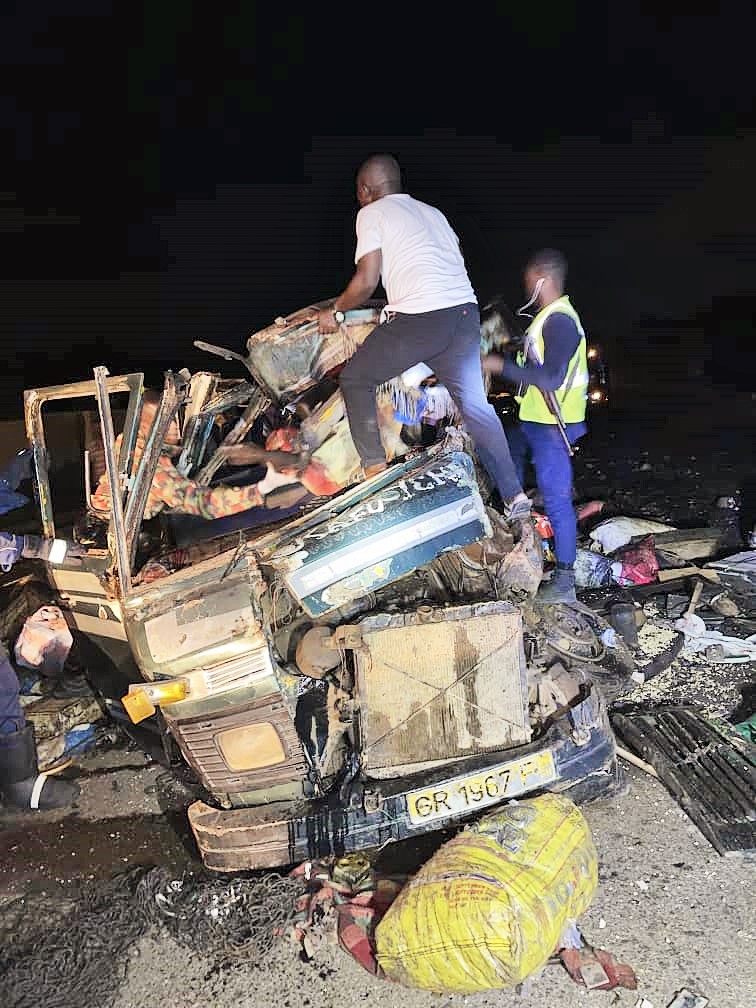 Four people lost their lives in an accident involving a Mercedes Benz bus and a Renault cargo truck at the Peki-Avetile portion of the Eastern Corridor Road soon after midnight Monday (March 14, 2022).

According to the police, the cargo truck with registration number GT 69 15 loaded with bags of cement, with a passenger on board was travelling from Accra to Dambai when the tragedy occurred.

On reaching a section of the road, in front of the Peki College of Education (GOVCO), the truck collided head-on with the Benz bus, GR 1967-F, which was travelling from the Oti Region to Accra, with food stuff and passengers on board.

The Benz bus overturned in the middle of the road while the truck veered off the road and crashed into a shop metres away.

The Director of Police Public Affairs in the Volta Region, DSP Effia Tenge said four adults on board the Benz bus, including three females and the driver died on the spot.

She said the police had so far established the identities of the females while efforts were underway to identify the remaining deceased person.

The Director of Public Affairs, however, did not disclose the identity of any of the deceased.

DSP Tenge said that the bodies of the deceased had been sent to the morgue at the Peki Government Hospital for preservation and autopsy.

Meanwhile, she said, seven other people, including the driver of the cargo truck, who sustained various degrees of injury, were receiving treatment at the same hospital.

The road has since been cleared and opened to traffic, said DSP Tenge.