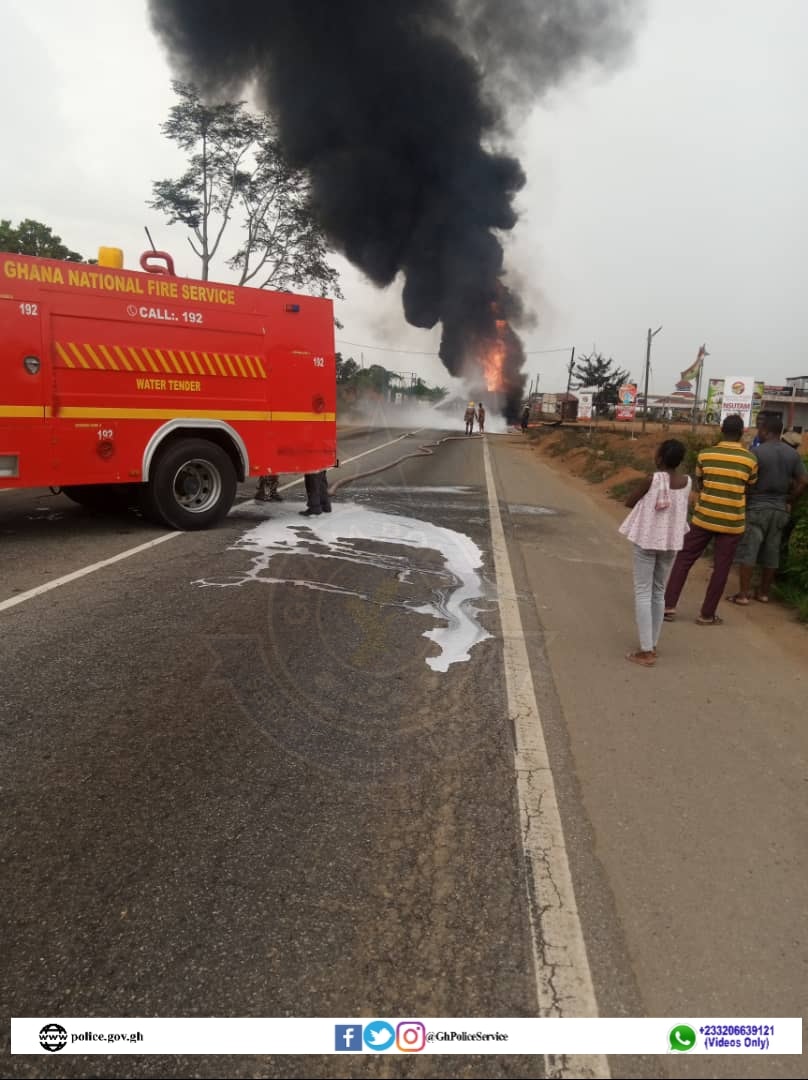 A fuel tanker has caught fire near Nsutam in the Eastern Region on the Accra-Kumasi highway.

Police and fire service personnel have responded to the distress call and trying to douse the flames, which has caused temporary traffic hold up on the N6.
The police have momentarily closed the highway to traffic.

The incident happened near the Paradise Rest Stop.

A police public notice said the tanker was loaded with fuel.

It said the Kyebi MTTD Accident Prevention Squad (APS) and traffic officers have blocked the highway from the Osino direction and at Nsutam Custom Barrier while personnel from the Ghana National Fire Service (GNFS) team are at the scene to manage and douse the fire.

"All approaching motorists from Accra and Kumasi are to exercise patience and adhere to traffic directions from traffic Police Officers at the scene of the incident.
Further updates will be communicated in due course," it added. 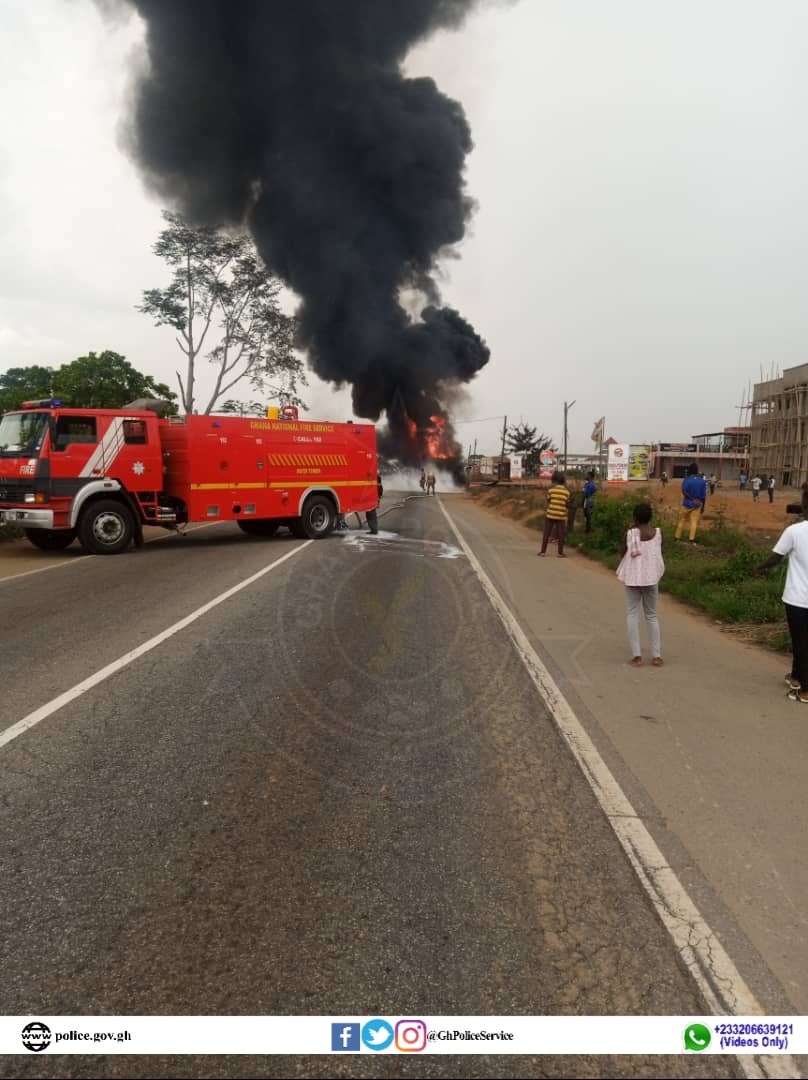 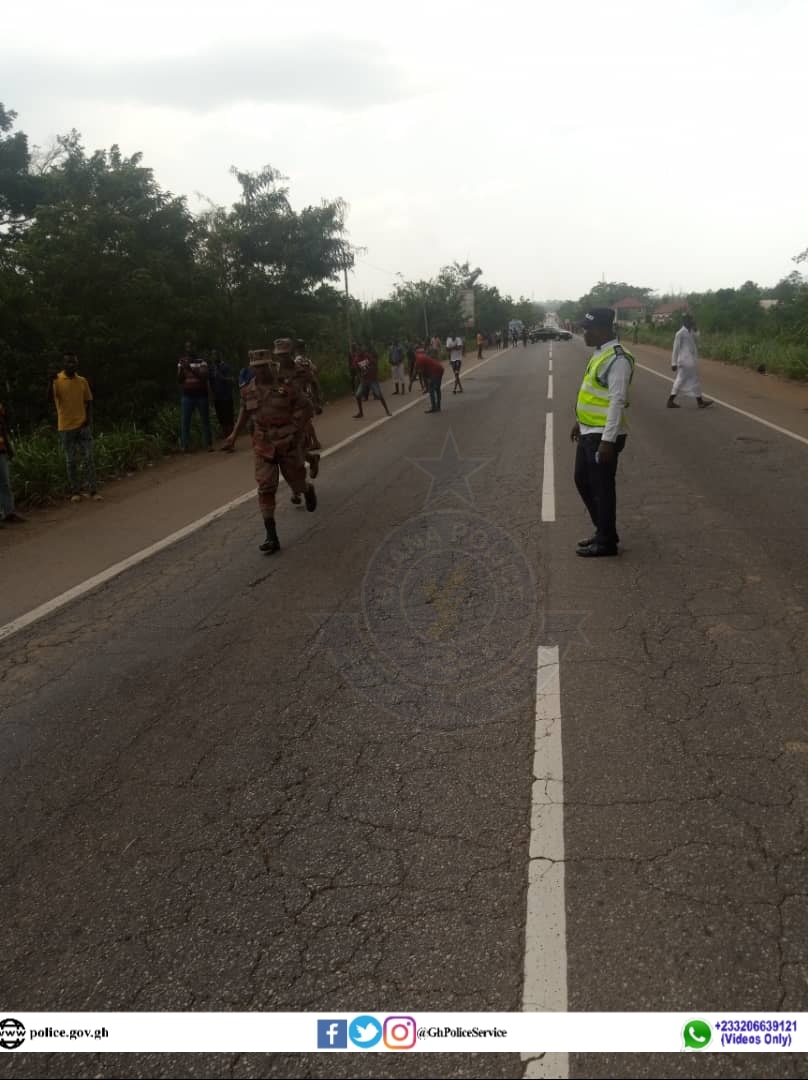 Update
After personnel from the GNFS efficiently managed to douse the fire, the debris was cleared and the section of the road was washed for safe use by motorists.
The road was re-opened to traffic.
Follow @Graphicgh