Parliament approves agreement for supply of fighter for GAF 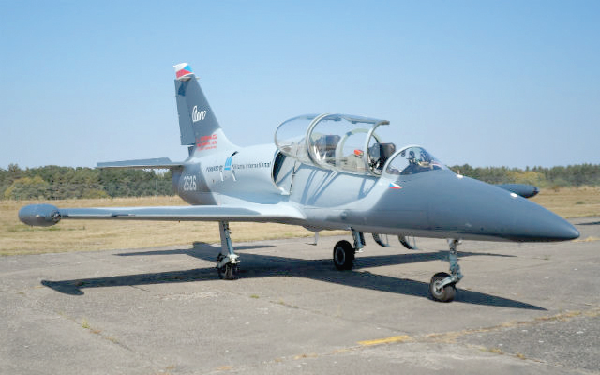 The facility includes the provision of products, services and ground-based training system associated with aircraft operations to enhance the offensive capabilities of the Ghana Air Force to defend the state against any aggression.

The aircraft will come with engines manufactured in the United States (US), while their avionics are similar to the F-15 fighter jet, one of the best fighter jets in the fleet of the US Air Force.

The agreement is between the Government of Ghana, represented by the Ministry of Defence, and Aero Vodochody Airospace of the Czech Republic.

Moving the motion for the House to adopt the Finance Committee’s report for approval, the Deputy Majority Leader, Mr Alexander Afenyo-Markin, said as part of efforts to equip the GAF, members of the Defence and Interior Committee took a trip to “see, inspect, assess and evaluate” where the L-39 NG aircraft were manufactured in Prague, Czech Republic.

He said the members also considered the experience, background and the track record of the manufacturers.

“Mr Speaker, I have no doubt in my mind that when this report is approved and the aircraft are procured, it will go a long way to help the Ghana Air Force for the purposes stated in the report,” Mr Afenyo-Markin added.

Contributing in favour of the motion, the Ranking Member of the committee, Mr James Agalga, said prior to the trip, the Ghana Air Force appeared before the committee, together with the Defence Minister, to justify the need to acquire the aircraft.

“What we are now seeking to procure, the L-39 NG, whose engines were manufactured in the US, are a faster new generation of the earlier aircraft that the Ghana Air Force had flown in times past.

“Mr Speaker, with emerging threats of terrorism and piracy in the Gulf of Guinea, it is important that we retool the Ghana Air Force to improve on its offensive capabilities, and this is the justification for the aircraft in question,” he said.

Contributing, the NDC MP for Adaklu, Mr Kwame Governs Agbodza, said few countries had made commitments to purchase the aircraft, “but as of today, not a single country has taken delivery of one aircraft”.

“These aircraft are not in operation in any air force, so what gives Ghana the confidence that this is the best for us; the fact that no air force operates these aircraft is a risk that we are taking,” he said.

According to him, it was only Vietnam that had made the highest commitment for those aircraft when it paid $13.9 million for one aircraft.

Responding, Mr Nitiwul said about 50 countries that were using the L-39 aircraft did not have problems with them, and that the new generation aircraft had been ordered by four countries — Nigeria, Vietnam, the Czech Republic and Senegal.

“All I want to assure members is that the men and women of the GAF, when it comes to competence, are some of the best in Africa and the world; once the GAF say they have studied this and made a request, I, Dominic Nitiwul, Minister for Defence, will not doubt them.

“The GAF can never be coerced because they fly in the air and use it and they will never put their men at risk; if it is not good, they will tell you in the face we will not accept it,” he said.

According to him, the L-39 was one of the cheapest in the category of jet engine fighter aircraft the country could get.

“There are several vendors who have brought aircraft from the US, Italy, Spain, South Korea, the Czech Republic, France, the UK that cost between $30 million and $45 million per piece. So I want to plead with members that nobody is shortchanging Ghana,” he added.