Organised Labour has announced a series of industrial actions including strikes and demonstrations against government over the recent increases in fuel and utility prices.

They have consequently sent a circular to all employers and local unions to prepare for next week’s strike actions.

A copy of the circular from the Greater Accra Regional Industrial and Commercial Workers Union (ICU) asked workers to wear red bands and display red flags at workplaces from Thursday.

It asked workers to converge at the Obra Spot, Kwame Nkrumah Circle in Accra on Tuesday and Wednesday at 6am for the two days demonstration and said the attire would be red and black.

The circular appealed to employers to release their workers for the nationwide demonstration and strike.

Government and labour on Thursday continued discussions on the recent increment in petroleum prices and utility tariffs, with the government insisting that it would be difficult to withdraw the levies that had led to the upward adjustments.

It was the second time in less than two weeks that the two sides had met on the vexed issue, both having ended inconclusively.

Below is a copy of the circular 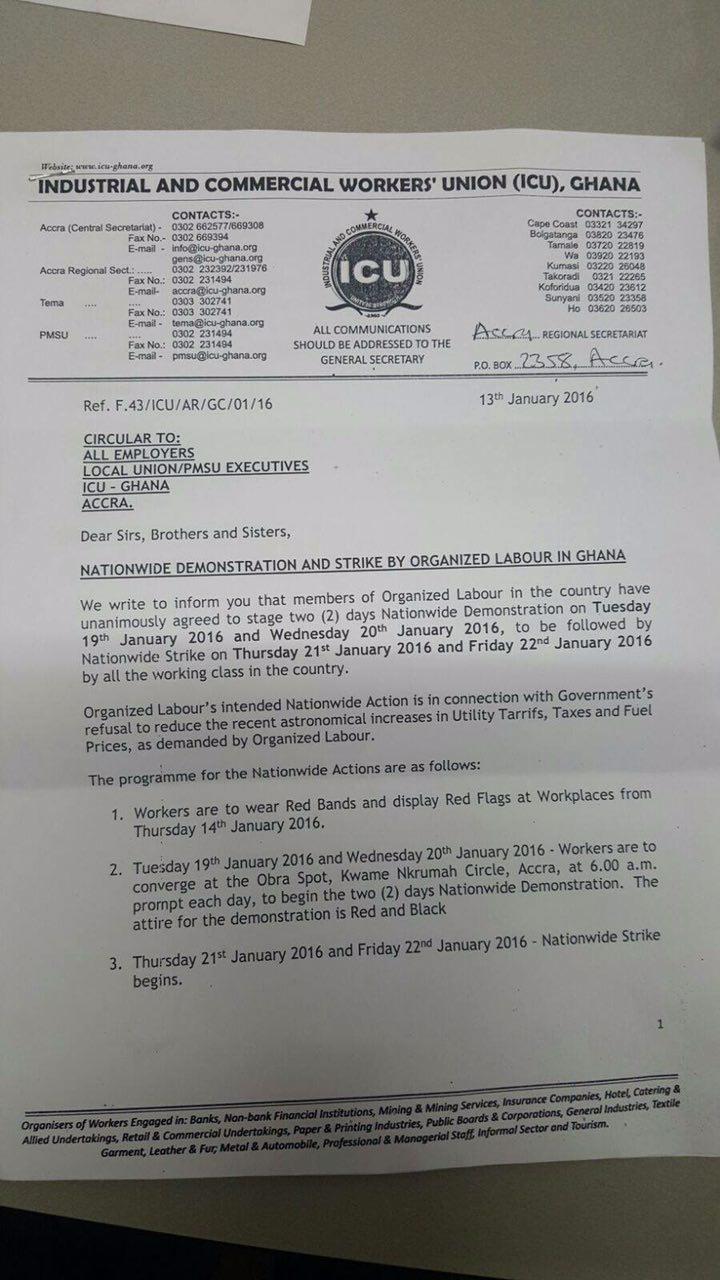 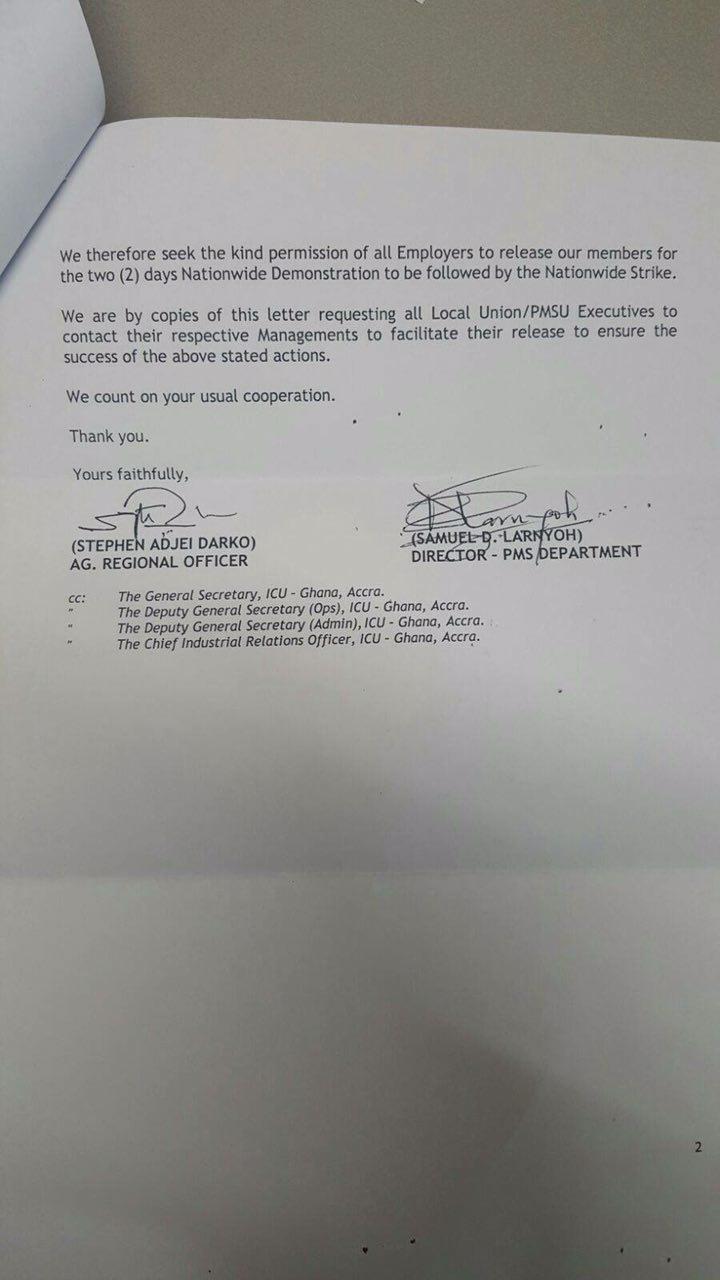 The recent increases in fuel prices by between 19 and 27 per cent were triggered by the passage of the Energy Sector Levy, 2015 by Parliament in December 2015.

The PURC also announced new utility tariffs, with electricity and water going up by 59.2 per cent and 67.2 per cent, respectively.

Organised Labour, the Ghana Employers Association (GEA) and the Association of Ghana Industries (AGI) protested against the increases and called for a reversal.

An earlier meeting at the Flagstaff House to find a way out ended inconclusively, as both the government and the labour teams took entrenched positions.

Even before Thurday’s meeting, Organised Labour had threatened a series of actions to back it demands.

In a release, it gave the government up to the close of day on January 13, 2016 to meet its demands, otherwise it would embark on a number of actions, including a two-day nationwide strike, beginning January 21 this year.

A source close to Organised Labour told the Daily Graphic that representatives of the groups that met the government demanded a reduction of about 20 per cent in water and electricity tariffs.

It said during the meeting, Organised Labour drew the attention of the meeting to a 10 per cent rise in power inherent in the levy that automatically raised tariffs, especially for prepaid consumers.

The source said officials of the Electricity Company of Ghana (ECG) admitted the interest adjustment, saying consumers had started paying.

It said from what transpired at the meeting on Thursday, Organised Labour had decided to go ahead with its mass actions in Accra and the regions next week.

The source said Organised Labour had already notified the police and agreed on routes.