What Kwabena Donkor said in his resignation letter

The former Minister of Power, Dr Kwabena Donkor explained in his resignation letter that even though practically he brought an end to the load shedding there was a few technical issues which were still outstanding.

He said since he pledged that if he was unable to end the load shedding by the end of the year, he would quit his position and did not want to disavow his pledge, he was therefore tendering his resignation.

The Ghanaian Times newspaper on Friday January 15 published a copy of the resignation letter provided below.

Dr Donkor had earlier stated he would resign by the end of 2015, if he was unable to solve the load-shedding problem. His efforts did not translate into bringing load-shedding to an end.

During his tenure of office, he supervised the coming on board of the Karpowership and the Ameri power deal all aimed at solving the country’s erratic power supply. 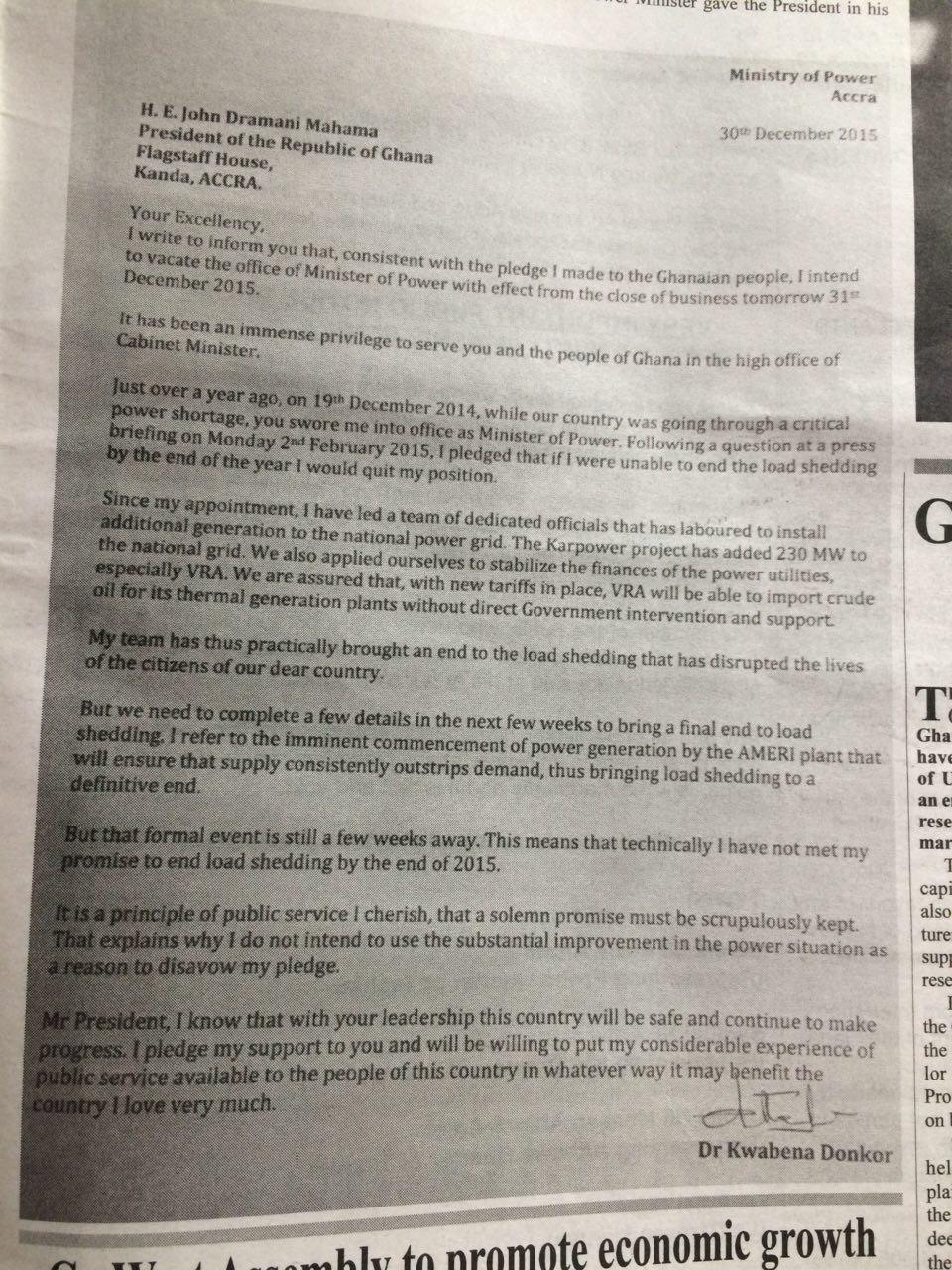