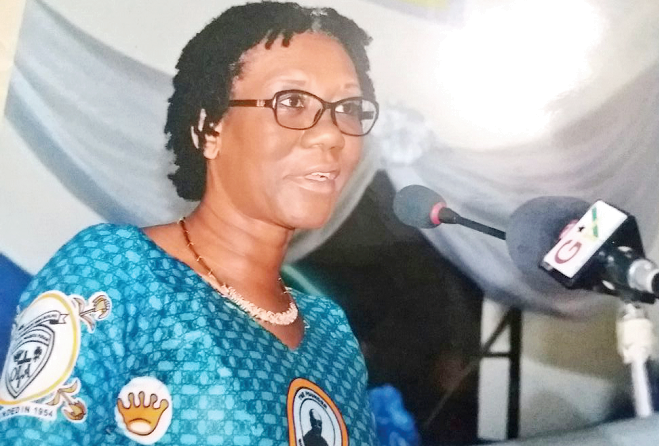 The National Population Council (NPC) has held a stakeholders’ forum to solicit commitment from its local and international partners to support it to carry out its mandate.

Mandated to advise the government on population and related issues, the NPC also co-ordinates population programmes in the country, sets programme targets and promotes the integration of population variables into national development planning to improve the quality of life of the people of Ghana.

Addressing the stakeholders, the Executive Director of NPC, Dr Leticia Adelaide Appiah, said the targets set in the National Population Policy and the Adolescent and Reproductive Health Policy to guide the implementation of activities included reducing the proportion of women who marry before age 18 by 50 per cent in 2000 and by 80 per cent in 2020.

Others are to reduce the proportion of women below 20 years and above 34 years who give birth to 50 per cent by 2010 and to 80 per cent by 2020, and to make family planning services available, accessible and affordable to at least half of all adults by the year 2020.

Dr Appiah noted that all the stakeholders had worked tirelessly with the NPC to make significant progress towards achieving the targets set in the policies, but more needed to be done.

According to the 2014 Ghana Demographic and Health Survey (GDHS), she said, the Contraceptive Prevalence Rate (CPR) for currently married women was 22.2  per cent for modern methods nationally, with rates as low as 10.8  per cent in the Northern Region.

Dr Appiah emphasised that the regional disparities in CPR needed to be addressed to achieve the national targets.

She further noted that the ideal fertility rate was 3.6 compared to the actual of 4.2,  signifying that 17.0 per cent  of pregnancies were unwanted.

Furthermore, the proportion of teenagers who had begun childbearing was 14.2 per cent nationwide, with rates as high as 22 per cent in the Volta Region.

“These indicators signify that we still have a long way to go in achieving our aim. The NPC has, thus, set targets in its policies,” Dr Appiah stated.

Some of the actions that the NPC planned to take, Dr Appiah said, were to advocate a reduction in the number of pregnancies in under 18 and above 34-year olds, bridge the gap between the contraceptive prevalence rate in rural and urban areas and  advocate free accessible family planning methods in both public and private health facilities.

Others are to train all clinical health staff in family planning provision and counselling in all methods, establish mobile clinics for family planning and breast screening,  engage in constant awareness creation on benefits of small family size and involve private health providers in family planning.

Furthermore, she said, NPC planned to  source for funds to sustain the Ghana Adolescent Reproductive Health (GHARH) project which commenced in January 2014 in the Brong Ahafo Region and was expected to end on March 31, 2017.

She noted the targets could only be achieved with team work among all stakeholders and strengthening the regional offices of the NPC to enable them to carry out their mandate.

The Executive Director of Planned Parenthood Association of Ghana (PPAG), Dr  Joseph Amuzu, said the NPC should begin to look for resources within in order to sustain its programmes.

Mr Amadu Bawa of the United Nations Population Fund (UNFPA) said the UN agency was in the process of developing its next country programme with Ghana, and advised the NPC to ensure that it incorporated its targets into the country’s programme in order to get funding.

The Team Leader of the GHARH project, Mr David Logan, in an overview, said the project had resulted in increased provision, knowledge and awareness of adolescent sexual and reproductive health services.

“Adolescent friendly sexual and reproductive health services have also been developed, while the capacity of the providers have been enhanced,” he added.