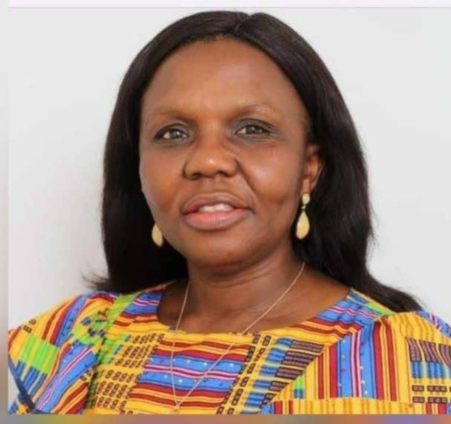 Professor Dorothy Yeboah-Manu, Director of the Noguchi Memorial Institute for Medical Research (NMIMR), will be the Guest of Honour at the climax of the 60th anniversary celebrations of the Ofori Panin Senior High School (OPASS) on November 27.

The climax of the six-month long celebration will be a durbar and Speech and Prize Giving Day to be held at the School to honour deserving students, past and present staff who have played various roles to help the school maintain its status as one of the best mixed schools in the country.

Professor Yeboah-Manu, an Obaa Panin, as old students of OPASS are called, will deliver the keynote address on the theme for the anniversary: Six decades of educational excellence, achievements and prospects.

On the day, OPASS will also be celebrating her for her achievement as the first female director of Nogouchi, having been appointed last July by the newly constituted Council of the University of Ghana.

Prof Yeboah-Manu takes over from Prof Abraham Anang, who retired from active service on July 31, 2021.

OPASS @ 60
A number of activities have been lined up for the 60th anniversary celebrations of the school which was founded by Ghana’s first President Dr Kwame Nkrumah and initially called Tafo-Kukurantumi Secondary School.

The anniversary is being spearheaded by the old students association in collaboration with the school’s management.

Line up of activities
It began on October, 22 with a breast Care Talk & Screening from Obaa Panin Dr Beatrice Wiafe Addae, the Chief Executive Officer of Peace and Love Hospital, Kumasi to also commemorate the Breast Cancer month.

On November 6, an Inter-Houses Fun Games and Exhibition was held, while on November 22, 2021, a delegation from OPOSA and management would visit the Ofori Panin Fie, Kyebi, the Palace of the Okyehene, Osagyefo Amoatia Ofori Panin, to brief him on preparations towards the climax.

On November 23, the students and staff will embark on a clean-up exercise at New Tafo-Akyem Government Hospital and The Community Hospitals Limited, Kukurantumi-Akyem.

Also, there will be a float through the principal streets of New Tafo-Akim and Kukurantumi, on Wednesday, November 24, and a film show on Thursday, November 25.

Friday, November 26 will be Homecoming and candlelight process as old students return home to their alma mater and reunite.

That same evening, after the candlelight procession through the school, Mpaninfo will unwind with the Home Coming Musical Bash at the Royal Balmes Hotel located near the Opass campus.

After the durbar and speech and prize giving day, there will be a Live Musical Concert, which will have the Legendary Pat Thomas and Akakyie to thrill attendees at the Royal Balmes Hotel located near the Opass campus.

On Sunday, November 28, there will be a non-denominational thanksgiving service at the OPASS Assembly Hall.

She completed a PhD in medical parasitology and infection biology at the Swiss Tropical and Public Health Institute in 2006 and was awarded a five-year Welcome Trust fellowship in 2012, enabling her to work on mycobacterium tuberculosis.

She is on the National Faculty of the World Bank Centre of Excellence funded West African Centre for Cell Biology of Infectious Pathogens and also is a member of the boards of the International Union Against Tuberculosis and Lung Disease, and the World Health Organisation Global Network of Laboratories. She is chair of the advisory board of the National Tuberculosis Programme as well as the Vice President of the Immunological Society of Ghana.

In 2018, she won the Royal Society Africa Prize.