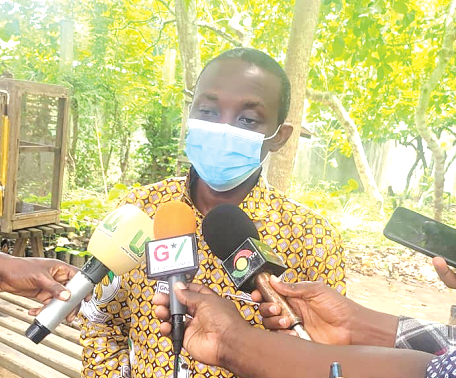 The Cocoa Research Institute of Ghana (CRIG) has implored local cocoa farmers to stick to the traditional method of cultivating the crop to maintain Ghana’s image as a leading producer of the best quality bulk cocoa in the world.

It noted that cocoa beans exported from Ghana attracted a substantial quality premium as compared to those from other countries.

That, it said, was as a result of the strict post-production quality control measures that were put in place through the various traditional cocoa cultivation practices.

Speaking to the Daily Graphic, the acting Executive Director of the institute, Dr Francis Padi, explained that the quality of the cocoa bean depended on the chemistry it went through before and during its fermentation process.

He further explained that if the bean was injured at that stage, it could change the chemical reaction that influenced and controlled the physical and biochemical transformation of the seed to cocoa beans, and, therefore, reduce its quality.

“With our old way of cultivating cocoa, we don’t injure the beans; the pods are carefully cracked open to ensure that the chemical reactions that bring about the flavour precursors for which the crop is harvested is obtained.

“So it is better we stick to the traditional way, which doesn’t injure the beans. Our fermentation process is also the best way because the beans are covered with banana leaves, which has some microorganisms that aid in the process so that you can get the full bloom,” he said.

A video of a cocoa peeling machine invented in China recently surfaced on social media following anxiety that China might soon be producing more cocoa than Ghana.

The entry of the Chinese into the cocoa industry had raised eyebrows in Ghana after the Chinese exported to Belgium its first batch of cocoa beans weighing 500 kilogrammes and worth about $3,600.

Reacting to the video, Dr Padi said Ghana had the best environment and the knowledge base for quality cocoa production, and, therefore, it was impossible for China to overtake Ghana in cocoa production.

“We should not fear if China is producing cocoa because we have the best environment, and our knowledge is grounded on 83 years of research into cocoa production, so we shouldn’t be afraid of competition.

“Any country that wishes to go into cocoa production can do so, but none of them has the potential to meet the quality standards that Ghana produces,” Dr Padi said.

The socio-economic development of Ghana has been projected to continue to depend on cocoa exports in the foreseeable future.

Export revenues from the crop are reinforced by the quality premium Ghana receives on the world market.