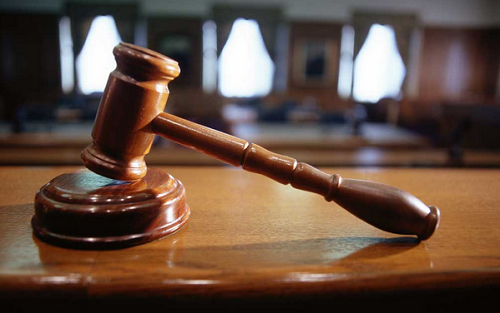 A 33-year-old man who advertises himself as a real estate agent has been dragged to court for allegedly defrauding a senior military officer of GH¢170,000.

Nelson Azaglo is accused of collecting the amount from his supposed victim under the pretext of securing him a 2015 Toyota Prado, a Corolla and a Toyota Hilux pick-up, all from Togo.

Azaglo who appeared before the court presided over by Ms Evelyn Asamoah, pleaded not guilty to the charge of defrauding by false pretence.

He was subsequently granted bail in the sum of GH¢300,000 with three sureties, two to be justified.

He is to report to the police every Monday.

Based on the representation made by the accused, the complainant placed an order for the three vehicles.

The prosecutor said Azaglo sent the complainant pictures of the three vehicles and assured him of delivery upon receipt of the amount involved.

Chief Inspector Haligah said the complainant then transferred a total of GH¢170,000, which the accused acknowledge receipt of.

The accused then promised to deliver the vehicles in November 2020 but failed to fulfill his promise and switched off his phone.

The prosecutor told the court that Azaglo then went into hiding, making it difficult for the complainant to reach him.

“Upon several months of surveillance, the accused was arrested on August 28, 2021 at Spintex Road.

“During investigation, the accused admitted the offence in his caution statement, and after investigations he was charged accordingly and put before this honourable court,” the prosecutor added.