National Science and Maths Quiz 21: Who lifts the trophy? 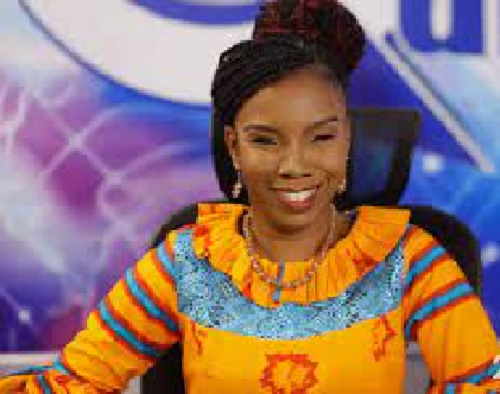 The Great Hall of the Kwame Nkrumah University of Science and Technology (KNUST) will, this afternoon, host the final of this year’s National Science and Maths Quiz (NSMQ), with all the three finalists trying to make history.

Prempeh College has made it to the finals and will be battling for the bragging rights and a fifth victory, its last victory coming in 2017.

While the odds seem to favour one of the two ‘big’ boys’ schools to carry the day, many believe that the lads from Keta can pull a surprise and win the day.

All the finalists – all champions from their regions – have prepared for this day.

Meanwhile, they have not left out the spiritual aspect.

PRESEC, for instance, has, since the beginning of the competition, been using “We are ‘SEVEN’ a living God’ as its motto and motivation.

This is to indicate its readiness and preparedness to win the trophy for the seventh time and stamp its authority in the quiz as the school with the most wins.

Prempeh, on the other hand, has been using ‘To Glorif5 the Lord’ as its slogan for the finals.

Prempeh currently occupies the second position on the table of schools with the most wins, having won the competition four times in the past.

This year, according to Mr Joseph Gyimah, the Maths Coordinator of Prempeh College, “we are not allowing the trophy to leave Kumasi for anywhere in Ghana.

We are winning it for the fifth time”.

KETASCO, which has made it to the final for the first time and so far been described as the dark horse of the competition, has also come up with its slogan: ‘We have the Living One’ to signify that it is ready to win the trophy for the first time for the Volta Region.

Already, KETASCO has made history by being the first school from the Volta Region to qualify for the final since the competition started 28 years ago.

PRESEC is bent on maintaining its supremacy in the competition by making it the seven victory, while Prempeh is also bent on increasing its tally of victories to five and close the gap on PRESEC.

During a visit to the game camp last Wednesday, the Daily Graphic saw that with the exception of the PRESEC team, whose whereabouts were not known, the teams of the other two schools were seen in high spirits and fervently preparing for the final.

The Maths whiz ldd of Prempeh College, Eden Nana Kyei Obeng, said although there was no pressure on the team to perform, he admitted that the competition itself had been over-bearing, as we have to study things outside our curriculum just to be able to answer some of the questions".

That notwithstanding, he said, "there are only two teams to beat in this competition and we cannot beat ourselves so we are ready for it".

Master Obeng said the contestants had decided to take things "cool" and relax and not rush to beat any clock to get things wrong.

He said trying to race against time would only worsen things, particularly at the finals, adding: "We are just going to take our time and answer the questions as best we can and pray that things work for us: The Coordinator for KETASCO, Mr Isaac Boateng, said the team had gone past the pressure stage and was now relaxed and focused on taking the trophy home.

He said KETASCO being a regional champion, there was more pressure on it not to exit the competition during the qualifying stage, and so having made it to the final meant "it has been able to absorb all the pressure and progressed to this stage".

For Senyo Bright Gadzo, one of the three contestants for KETASCO, "we are only going through our notes and intensifying our prayers while we wait for the final".

Even though he said KETASCO had been classified a second-class school and minnows in the competition, "we have no fears for any so-called 'big-name' school.

We are all equal and study the same syllabus".

Mr Boateng expressed his appreciation to the people of the Volta Region and the old students of KETASCO for their support and prayers so far and assured them that the team would bring the trophy home.