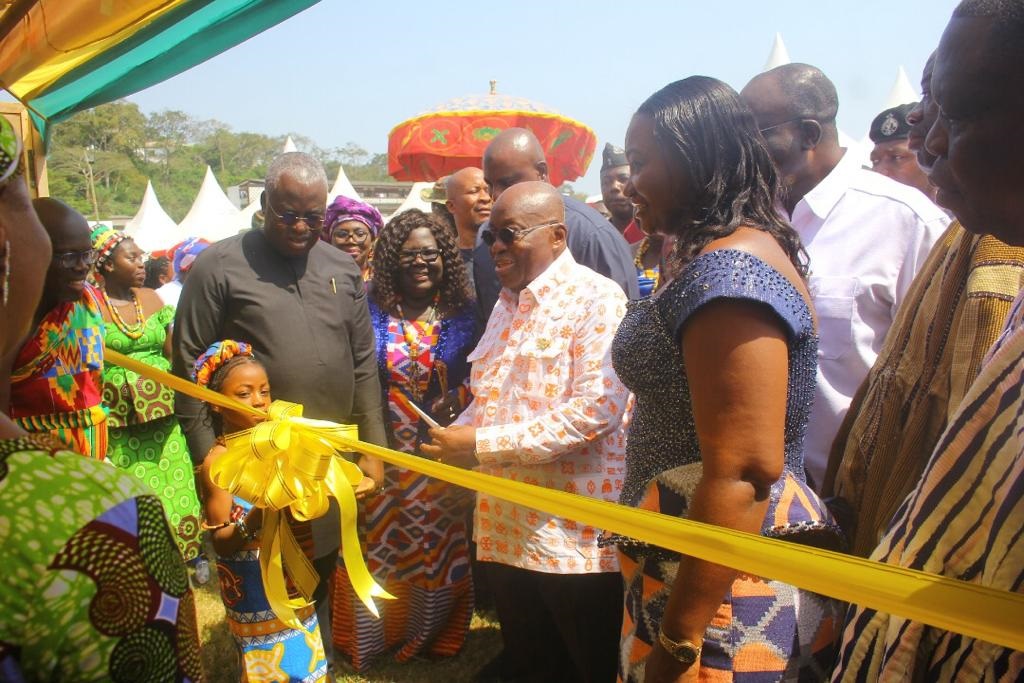 The President, Nana Addo Dankwa Akufo-Addo has called for more selfless patriotic approaches to discussions around the economy and other sectors of development.

He said it was time to eschew extreme political partisanship in discussions round the economy and look to attaining the collective success and wellbeing of ordinary Ghanaians.

President Akufo-Addo said the country was in need of patriotic citizens who were ready to put the wellbeing of the country above selfish interests.

The President was speaking at the opening of the 60th anniversary celebrations of the National Festival of Arts and Culture (NAFAC) in Cape Coast at the Saturday (December 10, 2022).

This year’s festival marks NAFAC’s 60th anniversary and is on the theme, “Reviving Patriotism, Peace and Unity through Cultural Diversity for Sustainable Development.”

The occasion was also used to honour the late Dr Alexander Atta Yaw Kyeremanten (father of Mr Alan Kyeremanten), the founder and first director of the Ghana Cultural Centre now Centre for National Culture in Kumasi who initiated the festival in 1961.

“To be patriotic requires special affection for ones own country, special concern for the wellbeing of the country and willingness to sacrifice ones self to promote the country’s good,” he stated.

He said to be patriotic there was the need to uphold the constitution, respect symbols, traditions and heritage, acknowledge the sentiment of others and contribute constructively to building the nation.

He said we as citizens were accountable for the good or bad of the country and called on all to contribute towards the conservation and preservation of our environment and natural resources while protecting peace, unity, progress and prosperity of the country.

President Akufo-Addo stated that the story of Ghana in its craft, music, films and festivals were captivating and must be told in a manner that would change the fortunes of the country.

He said globally, the culture and creative industry contribute significantly to the Gross Domestic Product of economies and it was essential that Ghana worked on optimizing the economic potentials of the creative industries.

He said Ghana needed to rely on what we could produce rather that than over relying on foreign products saying the sector had the potential of attracting high foreign earnings through exports. 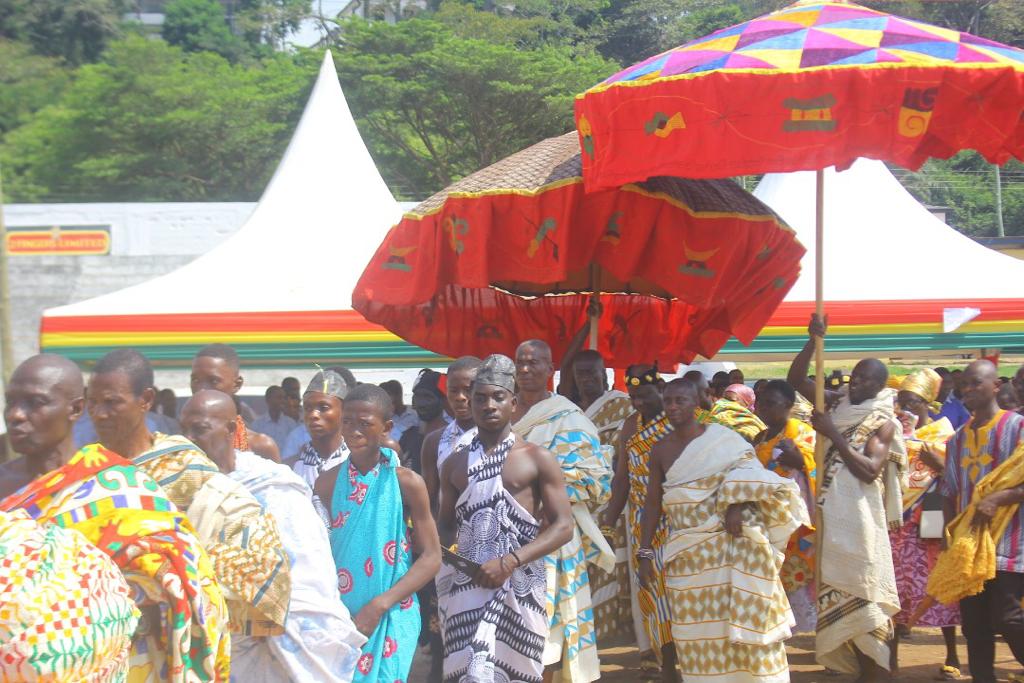 He said Ghana’s cultural and creative industry had a lot of potential to accrue high foreign exchange to support development efforts saying government had among other investments in the sector put in $10 million to support about 1500 small and medium scale businesses to grow and expand and create jobs.

He said government’s commitment was also in line with Africa’s agenda 2063 among others which sought to tap the continent’s cultural and create arts for economic growth and transformation.

“Every aspect of Ghanaian life tells an imaginative story. We tell stories through our fabrics. Our craft, music, films and festivals all tell stories about our lives and our beliefs. We have a lot to tell the world. Ours is a captivating story and we can make it the success story of the continent,” he stated.

He urged all stakeholders to leverage on Ghana’s rich and vibrant culture and heritage to work to tell the country’s stories to help achieve a Ghana beyond aid. 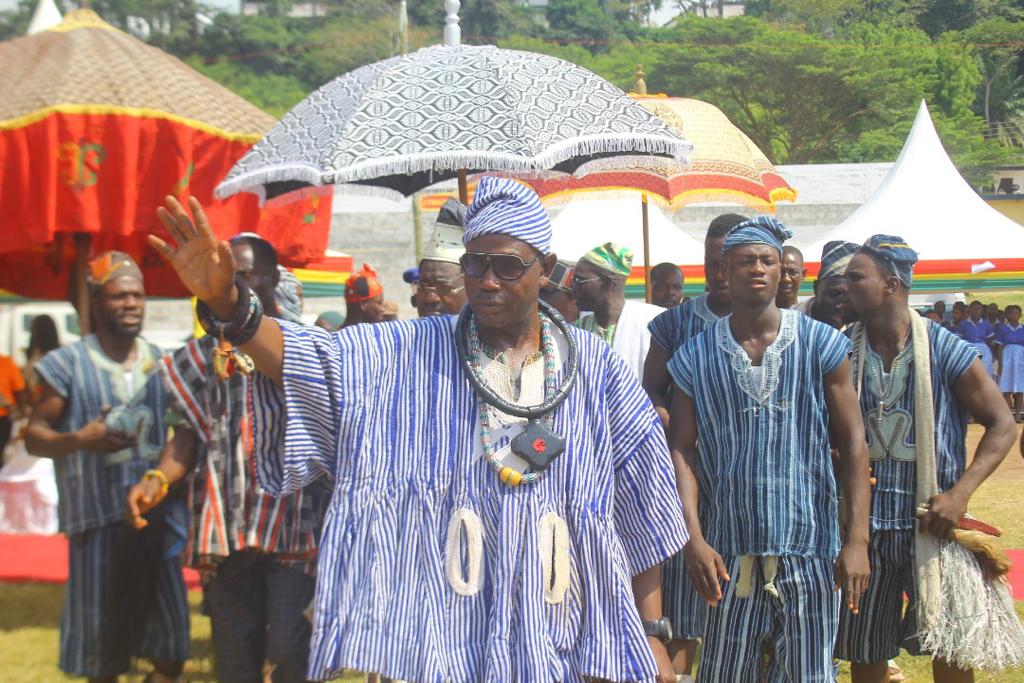 He said culture is a living organism that changes and we as a people must change with it preserving those things that were valuable and leaving those that cause harm hinder our development.

He said the theme for the festival was apt and appropriate as it sought to contribute to Ghana and Africa’s quest to tap into our rich cultural assets for sustainable development adding that an event such as the NAFAC should serve as a reminder and a time to reflect on our culture and its role in national development.

“Our cultural values such as selflessness honesty and truthfulness, respect for the elderly, hard work, decency and dignity in labour as stipulated in Ghana’s cultural policy remind us that the most reliable foundation of a nation’s development and transformation lies in the character of its people.

President Akufo-Addo said Ghana was one of the most peaceful and all must guard against actions that would disrupt its peace. 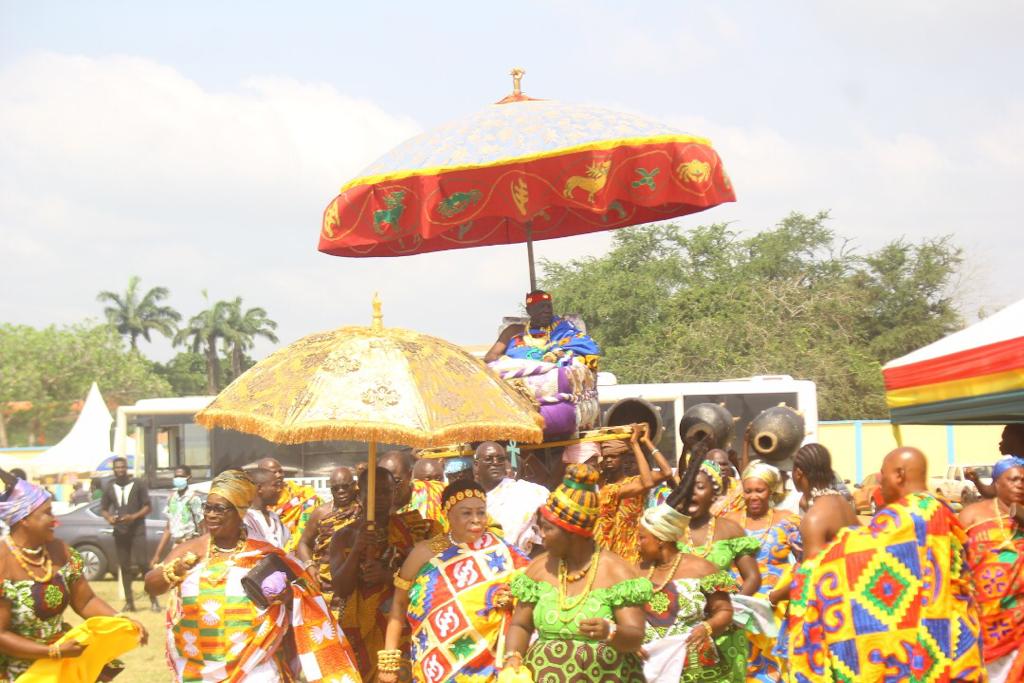 He commended the National Commission on Culture for using the platform to promote peaceful coexistence.

The Minister for Tourism, Dr Mohammed Awal said the country was expecting but 100,000 foreign tourists in December alone which were expected to rake in over $200,000 for the country saying this would help create jobs for many Ghanaians.

“They are coming because we have rich diverse culture, Ghanaians are warm and we have good heritage sites and tourist attractions,” and urged all to help preserve the nation’s cultural heritage.

The Central Regional Minister, Justina Marigold Assan said the festival would serve as an important platform the showcase our cultural values which and for onward passage to the youth. 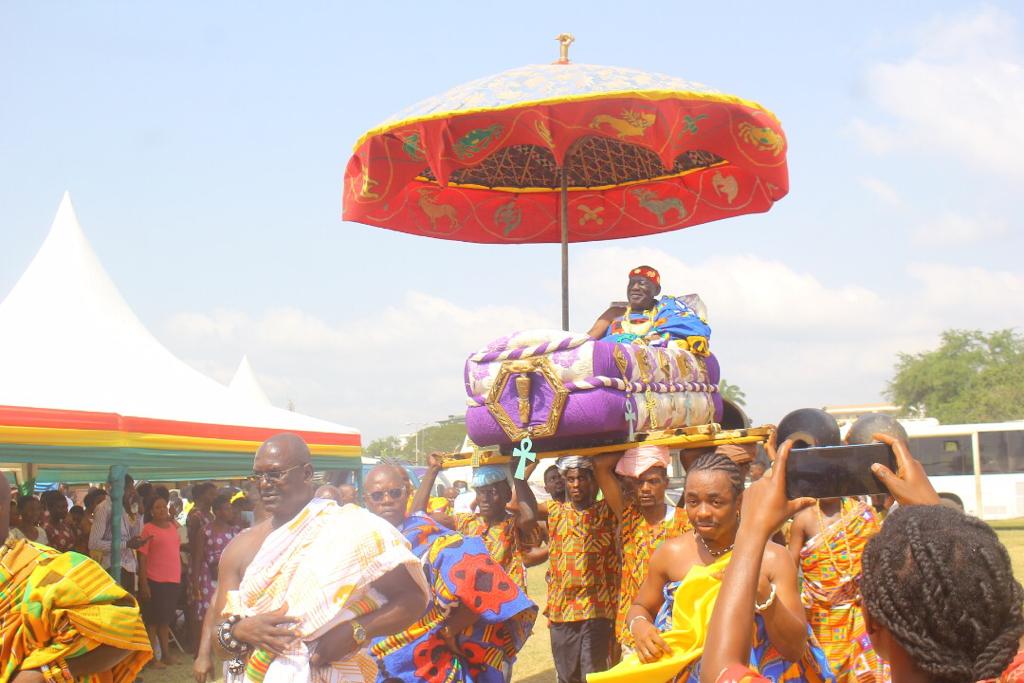 The Omanhen of the Wassa Amenfi Traditional Area, Tetrete Okuamoah Sakyi II who chaired the opening ceremony urged Ghanaians especially the youth not to copy blindly other cultures but to hold on the what the good in our culture.

He further urged all to work at preserving our lands and resources jealously for posterity.

The President later opened an exhibition mounted to showcase of arts and culture from all the 16 regional directorates of the centers for national culture and the 22 metropolitan municipal and district assemblies in the Central Region.

About 50 private exhibitors have also registered to participate in the festival.