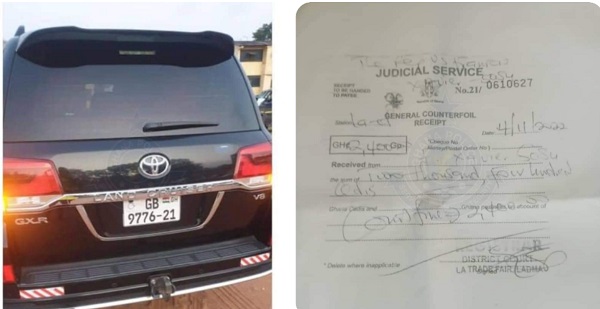 The Member of Parliament (MP) for Madina, Francis Xavier Sosu has been convicted on the charges of reckless and inconsiderate driving and slapped with a GH₵2,400 fine.

The Police in a statement said the Madina MP was arrested on November 3, 2022. for reckless and inconsiderate driving.

The statement said the "suspect driver" was arrested when he was spotted driving in the middle of the road risking the lives of pedestrians and other road users around the Airport by-pass in a Toyota Land Cruiser V8 vehicle.

The vehicle was impounded by the police and he was arraigned before the La District Court on November 4, 2022, on the charges of reckless and inconsiderate driving, driving in the middle of the road facing oncoming traffic and causing danger to other road users.

He was convicted by the court and fined an amount of GH₵2,400. The court further directed him to remove the front siren and strobe lights which had been unlawfully fitted on his vehicle.

After his conviction, he subsequently paid the fine and the police supervised the removal of the unlawfully installed siren and strobe lights and the vehicle has since been released to him.


"We would like to entreat all drivers to be mindful of the safety of other road users at all times to prevent avoidable accidents and their associated deaths and injuries, especially as the Christmas season approaches," the Police statement said.

"The Police remain committed to ensuring safety and security on our roads as we deliver on our core mandate of protecting life and property as well as maintaining law and order in the country".

"I have not been arrested nor under arrest" - Sosu

Meanwhile, the opposition lawmaker had earlier denied reports that he was arrested after he was cited for the road traffic offences.

"I have not been arrested nor under Arrest.

“The reports making rounds are not entirely accurate. I was cited for traffic offences yesterday, Thursday, November 3 2022 on my way from Parliament to an event in the Constituency.

“This morning, I was in the La Court to have the matter dealt with.

“I am currently in Parliament performing my parliamentary duties. Again, I am not under arrest. It seems to me that the news of my arrest is more important to the Ghana Police Service than their core mandate. For instance, how many persons were cited for traffic Offences yesterday?

“How many of them are in the news? Please, let’s get serious as a country! 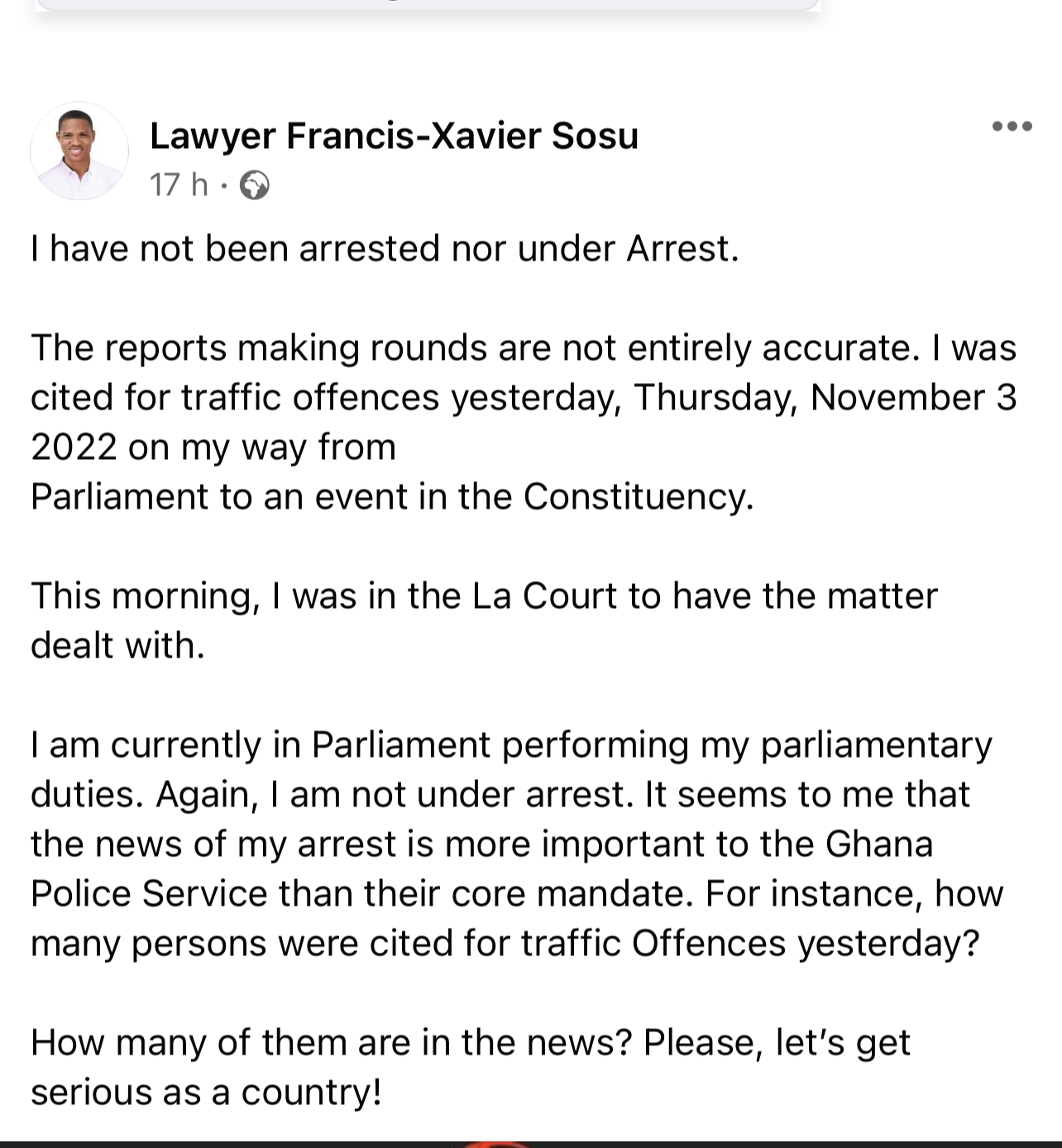